ORIC WAS HATED AS MILOSEVIC'S BODYGUARD

A defense witness claims Oric never had a command role in Srebrenica. He was merely a "coordinator" who incurred the hatred of Srebrenica Muslims because of his pre-war job in the security of the former Serbian president 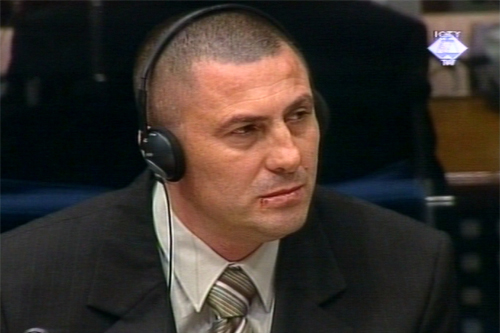 Suad Smajlovic, defense witness for Oric
Suad Smajlovic confirmed the prosecution claim that a meeting was held on 20 May 1992 in the village of Bajramovici - attended by the majority of the armed Muslim groups' leaders. Smajlovic is testifying as Naser Oric's defense witness. According to him, however, the Srebrenica TO Staff was not established that day, but merely a "coordination body" that was to coordinate the activities of the armed groups. Oric was elected the "chief coordinator" with a task of mediating among the leaders who kept squabbling with each other.

Oric then tried to take the leading military role in the Srebrenica region, but his attempts to appoint and remove the leaders of those armed groups ended in failure, the witness claims. Smailovic himself, who was the leader of an armed group from Kazani, in Srebrenica, was the target of one such attempt, as he says. The fighters from his group opposed his dismissal and Oric had to stand down. "Go to Potocari and dismiss whom you please there, Suad remains our commander," the fighters from the Kazani group allegedly told Oric.

Apart from denying that Oric had any command function, the defense is trying to prove that the accused did not even have the kind of informal power that would be the result of the good reputation he allegedly had. "Not only was Oric not popular," the witness claims, "but because of his job before the war in Slobodan Milosevic's security, he incurred the hatred of the people of Srebrenica".