Former BH finance minister, Zarko Primorac, testifies in defense of Jadranko Prlic, recounting how an attempt of the BH government to bring the first batch of BH dinars to besieged Sarajevo in the second half of 1992 failed 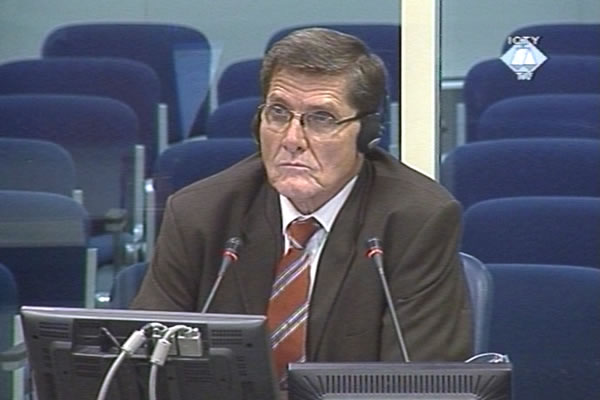 The witness described how the plan of the BH government to bring a quantity of BH dinars – the official currency – into besieged Sarajevo in the second half of 1992 failed. Sarajevo was surrounded by Serb troops and the BH authorities contacted Lewis MacKenzie, the UN commander in Sarajevo. MacKenzie promised he would let the plane with money to land, and would also arrange for its be transfer to the Central Bank building in the center of Sarajevo under the UN escort.

But then MacKenzie changed his mind overnight, asking the BH government to accept two new conditions: Serbs should be told about what the cargo was and that BH authorities should make arrangements for the transfer of the money from the airport to the Central Bank. At the time this was very risky because the airport, controlled by the UN peace-keeping force, was 'no man's land'.

After the Canadian general made this offer, the Bosnian authorities decided not to try and bring the money into Sarajevo. In the end, the money was transported from Celje where it was printed to the vaults of the Croatian National Bank. So-called money vouchers were used instead of real money in Sarajevo.

When the idea of issuing the first BH currency failed, the authorities in other cities both in BH Army and HVO controlled territories had to make do as best they could. In Tuzla and Zenica, the German mark was introduced as a temporary currency. Other towns had vouchers or other papers, while the Herceg Bosna authorities used Croatian dinar.

Through this witness, Jadranko Prlic tried to show that the Croatian dinar had never been recognized as the official Herceg Bosna currency, contrary to what the prosecution alleges. The witness confirmed the defense argument, adding that the documents he was shown do not point to the conclusion that parity between the two currencies was established and that the Croatian dinar was introduced instead of the Bosnian dinar.

In the second half of 1992, Primorac left Sarajevo on official business and went to Zagreb. When a government reshuffle was announced in early December, Primorac resigned. In the meantime, he noted, his Sarajevo apartment was completely destroyed and he had nowhere to go back to.