PRALJAK’S DEFENSE: NOTHING HAS BEEN ESTABLISHED PROPERLY

Slobodan Praljak’s defense considers that the trial judgment is ‘incomplete, confusing, contradictory and incomprehensible’ and should therefore be set aside, Praljak’s conviction should be quashed or a retrial ordered 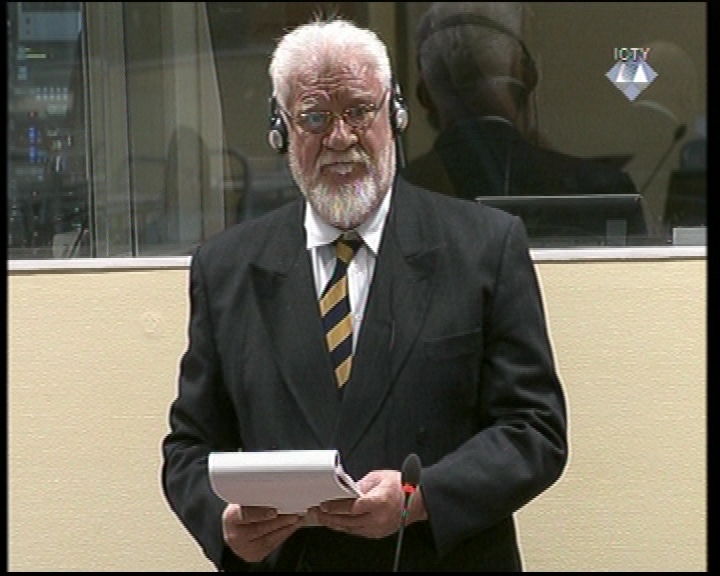 Slobodan Praljak’s defense considers that the trial judgment ‘failed to establish anything properly’. ‘The first instance judgment is incomplete, confusing, contradictory and incomprehensible. It is based on rumors and assumptions and on a selective evaluation of evidence that was moreover taken out of the context and distorted’, said Praljak’s defense counsel Natasa Faveau-Ivanovic .

According to the defense, the Chamber erred when it found that the ‘war had an international character’. As Croatia, according to the defense, ‘did not take part in the organization, coordination and planning of HVO actions in BH’, there was no occupation of parts of BH. HVO troops were defending the territories where they had lived before the conflict; they were an integral part of the BH Armed Forces. Croatia provided logistical support to both the HVO and the BH Army. The conflict there was internal, not international.

As Praljak’s lawyer said, Franjo Tudjman was ‘always opposed to the carve-up of BH’ which was ‘put on the table by the representatives of the international community’. The argument that Tudjman wanted to resurrect the Banovina, ‘makes no sense’, the defense contends, since Tudjman already had more territory, including Baranja, Istria and other areas that were not part of the 1939 Banovina. There were crimes, ‘but they were not part of any plan’. ‘Unfortunately, they are an integral part of every war’.

Praljak was also given an opportunity to address the Chamber. He spoke about the demand made on 15 January 1993 issued to the BH Army to resubordinate their troops to the HVO in the provinces that were to be handed to Croats under the Vance-Owen plan. According to Praljak, the idea was to establish ‘a joint command’. In the document, the HVO and the BH Army are treated as ‘mirror images, perfectly equally’, Praljak said, expounding at length how as a sociologist he had studied the phenomenon of war. It was not an ultimatum but ‘a prerequisite for the conflict not to break out’.

In his response, prosecutor Douglas Stringer stressed that Praljak personally relayed to the people in Mostar the instructions he received from Zagreb about the ultimatum to the BH Army in January 1993. At that time, he was an assistant to Croatian defense minister Gojko Susak, who was also a member of the joint criminal enterprise. According to the prosecutor, Praljak acted as a ‘courier’ between Croatia and Herceg Bosna.

Stringer highlighted Praljak’s meetings with Ratko Mladic, attended by Prlic, Stojic and Petkovic. At a meeting in Hungary, Praljak said their goal was to resurrect ‘the 1939 Banovina, or else we will continue fighting’. At a meeting in Montenegro, he claimed ‘we are well on the way to persuading Alija to divide Bosnia’. According to Mladic’s notes, Tudjman saw Muslims in ‘a mini-state’ which would be a buffer between Serbia and Croatia.