Bruno Stojic’s defense has criticized trial judges Arpad Prandler and Stephan Trechsel for ‘failing to consider all the presidential transcripts’, choosing instead to focus only on those which show Tudjman’s ‘ambivalence’, as they state in the judgment: he had nothing but praise for BH in public all the while he secretly plotted to divide it and annex parts of it to Croatia 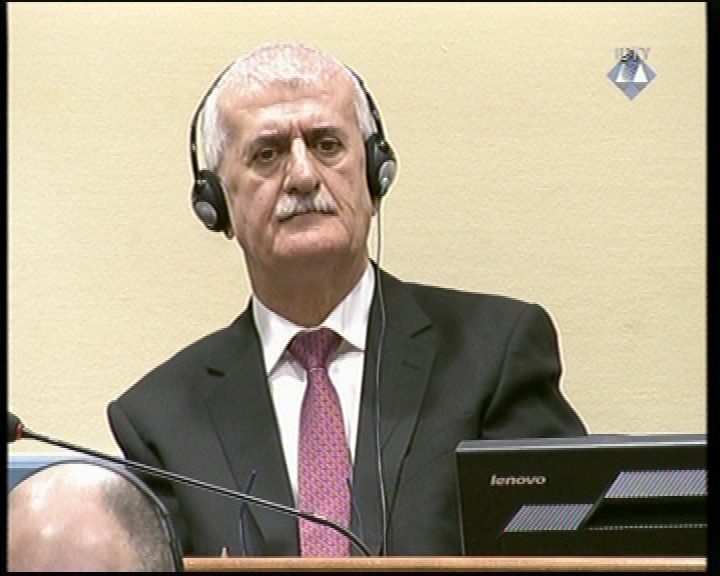 The defense of Bruno Stojic, former Herceg Bosna defense minister, presented its closing arguments at the appellate hearing today. Stojic denied that there was a joint criminal enterprise and challenged the conclusion reached by the majority of the judges in the chamber that Stojic was part of it.

Karim Khan, Bruno Stojic’s counsel, touched upon the presidential transcripts; the majority in the chamber – Hungarian judge Arpad Prandler and Swisss judge Stephan Trechsel – decided that these transcripts reflect Tudjman’s ‘ambivalence’: he had nothing but praise for BH in his public speeches, he advocated peace, expressed his support for BH and his love for everyone, while in private the picture he presented was one ‘of a greedy leader who wants to carve up a neighboring country’ in order to annex parts of it to Croatia.

According to Khan, the judges had to take into account all of the presidential transcripts, but they failed to do so. If they had, ‘it would have been clear to them that there had been no subterfuge or double-dealing’. They would have realized that ‘the ambitious, comprehensive, implacable final goal’ – on which that based their conviction – never existed. In this context, Khan urged the appellate judges to pay particular attention to ‘a forensic approach’ to the presidential transcripts evinced by the French judge Antonetti, who was outvoted on this issue in the trial judgment.

Stojic’s defense counsel Senka Nozica argued that the trial judgment concluded that the one and only goal of the participants in the joint criminal enterprise was to ‘unify the Croatian people’. Yet, she added, it was ‘a political goal’, not a crime in and of itself, yet the judges ‘criminalized it’. According to Nozica, the HVO was a defensive force, and evinced no intent to initiate a conflict.

Prosecutor Barbara Goy responded to the defense’s arguments by noting that the Croatian Army troops took part in the fighting in Prozor, Jablanica, Capljina, Stolac, Mostar… all the while the Croatian leadership tried to cover it up. She quoted Tudjman’s words from November 1993: he got angry at General Janko Bobetko for issuing a combat order which made it clear to the public at large that Croatia was directly involved in the conflict in BH; he thus jeopardized the effort to present this to the public as volunteers taking part in the fighting at the own initiative.

Apart from the direct military intervention of the Croatian Army, the international character of the conflict in BH can be proven by the fact that Croatia controlled the HVO. The most glaring proof of the comprehensive control is Tudjman’s direct participation in the organization and planning of HVO military operations against the BH Army in Vares, Kiseljak, Busovaca, Gornji Vakuf and Novi Travnik… The prosecutor quoted Tudjman who said that those actions were carried out to make sure that the future Croatian territories in BH were as large as possible.

The prosecution contends that Bruno Stojic was not just a victim of politics, as his lawyers are trying to paint him. Quite the contrary, he had the power and he knew about the crimes committed by the HVO against Bosniaks, he took part in military operations, including the attack on and the ethnic cleansing of east Mostar. As the HZ HB defense minister, he had effective control over the armed forces, military police and detention centers, yet he did nothing to prevent the crimes and to punish the perpetrators.

The appellate hearing continues tomorrow with the arguments of Slobodan Praljak’s defense.