At the beginning of the appellate hearing in the case against former Serbian officials convicted for the crimes in Kosovo, Nikola Sainovic’s defense counsel denied his client’s close ties with Slobodan Milosevic. The defense counsel argued that Milan Milutinovic should have been convicted, not his client. As he said, Milutinovic and Milosevic spent the 78 days of the NATO air campaign at the ‘command post’ with their wives 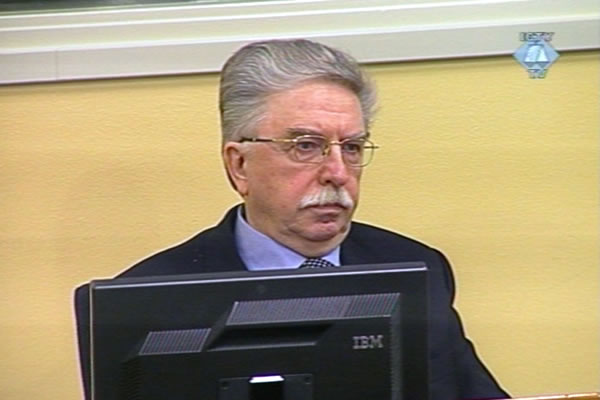 According to the defense of the former FR Yugoslavia deputy prime minister Nikola Sainovic, the conviction of Sainovic and four former Serbian military and police officials for crimes against Kosovo Albanians was ‘not supported by facts, clear and logical’. Sainovic’s defense counsel Toma Fila, from Belgrade, began his presentation by urging the Appeals Chamber to acquit Sainovic on all counts or to give him a drastically reduced sentence. ‘There is a saying, if it walks like a duck, quacks like a duck and looks like a duck, then it is a duck, but that is in fact not always the case’, Fila said, arguing that the findings on the guilt of the accused should be corroborated by facts instead of assumptions.

Nikola Sainovic was sentenced to 22 years for his substantial contribution to the implementation of the joint criminal enterprise aimed at expelling Albanians from Kosovo in the spring of 1995. Generals Nebojsa Pavkovic and Sreten Lukic received the same sentence. The Trial Chamber concluded that Vladimir Lazarevic and Dragoljub Ojdanic were contributors to the joint criminal enterprise. Dragoljub Ojdanic decided to drop his appeal and pleaded guilty to the crimes. The prosecution also decided to withdraw its appeal against Ojdanic’s sentence. Milan Milutinovic, who was the Serbian president at the relevant time, was acquitted of all charges.

Sainovic’s defense contends that Sainovic’s right to a fair trial was violated because he was charged in the indictment as the commander of the Joint Command of the army and police in Kosovo, but was convicted as an alleged ‘political coordinator’ of the forces in the then Serb province. The defense claims that there is no evidence that the Joint Command operated at the time when the crimes were committed. The conclusions about its continued activities were based on the activities of the Joint Command in 1998 and applied by analogy. The chain of command in the army and the police remained intact during the NATO strikes and they did their job without any undue external influence; Sainovic did not influence them in any way, the defense argued.

The defense denied the existence of the joint criminal enterprise. If there was no joint criminal enterprise, the accused couldn’t have participated in it, the defense argued, adding that there was no evidence about a plan to expel Albanians. According to the defense, in that respect the Trial Chamber relied ‘only’ on the conclusion that there was a pattern of systematic and widespread terror campaign against Albanians.

In his argument, Fila claimed that Sainovic had no authority over the army and the police, and that he was sidelined in the ruling Socialist Party of Serbia. Furthermore, as Fila claimed, Sainovic was a bit player at the meetings about Kosovo and he didn’t work closely with Slobodan Milosevic. According to the trial judgment, the joint criminal enterprise was headed by Milosevic. In effect, Fila was strongly reminded of the section of the judgment in which Milan Milutinovic was acquitted. He mused aloud ‘there has been a mix-up’ of Sainovic and Milutinovic.

Fila focused his efforts on refuting the existence of any ties between Sainovic and Milosevic. In 1999, the contacts between Sainovic and Milosevic were limited; Milutinovic, on the other hand, was indisputably close with Milosevic, Fila said. Throughout the 78 days of the NATO air campaign, the presidents of Yugoslavia and Serbia were at the ‘command post round the clock’, together with their wives. But, Fila concluded, Sainovic was convicted as Milosevic’s close collaborator while Milutinovic was acquitted. Fila added that he didn’t know ‘how and why’ Milutinovic merited this ‘protection’.

In his response, the prosecutor mostly highlighted the instances where the defense misinterpreted the trial judgment. For example, the prosecutor said, the conclusion in the judgment about the plan to expel Albanians was based not only on the pattern of crimes, but also on the build-up of the military and police forces in Kosovo before the start of the NATO campaign, the efforts to arm the Serb civilians and to disarm the Albanians, stripping the expelled Albanians of their identity documents, and finally covering up the crimes by removing the bodies from Kosovo to Serbia. The prosecutor also noted that the trial judges didn’t reach their conclusion that the Joint Command existed in 1999 based on the analogy with a previous period: the finding relied on a number of testimonies and documents including the 16 orders issued by that body. The prosecutor agreed that the chains of command in the army and the police hadn’t been disrupted. The Joint Command, and Sainovic, used them to implement Milosevic’s orders, the prosecutor concluded.

The defense of VJ general Nebojsa Pavkovic should present its argument tomorrow. 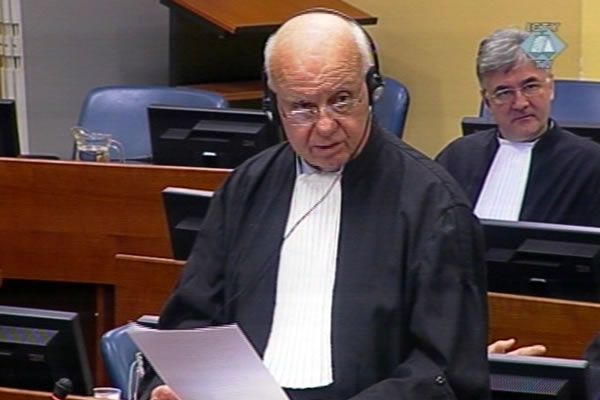