PERISIC AND GOTOVINA JUDGMENTS USED IN DEFENSE OF THE ‘KOSOVO FOUR’

On Wednesday, General Vladimir Lazarevic’s defense tried to equate their client’s position with Momcilo Perisic, who was acquitted on appeal. On Thursday, the defense of police general Sreten Lukic called their client’s 22-year prison sentence to be quashed. The defense invoked the judgment acquitting Gotovina and Markac and the appellate judgment in which two former Rwandan ministers were acquitted of genocide 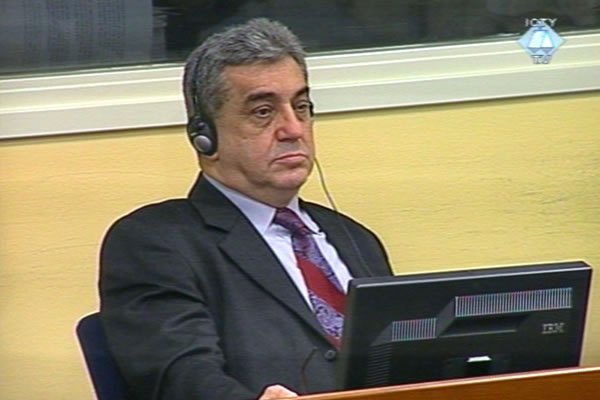 The appellate hearing in the case against the four former Serbian officials sentenced for the crimes against the Kosovo Albanians in 1999 continued on Thursday. The defense of Sreten Lukic, former chief of the Serbian MUP Staff for Kosovo, urged the Appeals Chamber to quash the trial judgment that sentenced him to 22 years in prison. His lawyers Lukic and Ivetic claimed that Lukic had nothing to do with the other participants in the joint criminal enterprise aimed at expelling the Albanian population from Kosovo. The defense lawyers insisted in particular that Lukic wasn’t close with the leader of the joint criminal enterprise, Slobodan Milosevic.

According to the defense, the Trial Chamber erred when it found that Lukic, as the chief of the MUP Staff for Kosovo in 1999, had effective control over the police units in the province. The defense shifted the blame on the commander of the police special units Obrad Stevanovic and the chief of the Public Security Department Vlastimir Djordjevic. The accused, as the defense argued at today’s hearing, was a man committed to keeping ‘order and peace’, not a participant in the terror campaign against Albanian civilians. According to the trial judgment, more than 700,000 Albanian civilians were expelled in the campaign.

As the defense argued, the Kosovo Six judgment merits a ‘similar analysis and legal relief’ as in the case of the judgment acquitting generals Gotovina and Markac. In their case, the Appeals Chamber with Judge Meron presiding, concluded that the Croatian leadership might not have intended to expel Serbs from Krajina but to ‘relocate them temporarily to avoid casualties’. On Thursday the defense invoked another appeals judgment rendered by Judge Meron’s Appeals Chamber, in a Rwanda Tribunal case. Two former ministers were acquitted on appeal: the reasoning was that their presence at the meetings where the crimes were planned did not prove their guilt. Likewise, the fact that Sreten Lukic attended meetings in Belgrade where the Kosovo operations were planned couldn’t be treated as evidence that Lukic had shared the criminal intent, the defense argued. Just like the Rwandan ministers, Lukic attended the meetings ex officio.

In the closing argument, the defense recalled that witnesses described the MUP Staff for Kosovo as a body without any particular powers, and the accused himself as the ‘smallest cog’ and ‘chopped liver’. The defense claimed that the Trial Chamber erred when it found Lukic had exercised command over the units in the province, calling for his acquittal on appeal.

In response to the arguments, prosecutor Kravetz said that at the trial the defense had already tried to portray Lukic as the chief ‘of a weak and powerless body’. The trial judges looked at a large quantity of evidence that led them to find that the opposite was the case: by dint of his position, Lukic was able to control de jure and de facto the police units in Kosovo. According to the prosecution, Lukic’s involvement in the terror campaign contributed to the implementation of the goal to expel Albanian civilians. Also, the prosecutor noted that before the campaign was launched, Lukic was involved in the preparations for the crimes, because the police disarmed Albanians and at the same time armed the Kosovo Serbs.

The prosecutor therefore urged the Appeals Chamber not to acquit Lukic. On Friday, on the last day of the appellate hearing, the prosecution will deliver detailed arguments in support of its appeal for harsher sentences for Nikola Sainovic, Nebojsa Pavkovic, Vladimir Lazarevic and Sreten Lukic.