Two weeks after the Tribunal issued an international warrant for the arrest of Florence Hartmann, she has written to the UN Special Rapporteur for freedom of opinion and expression. Hartmann has indicated she will also write to the UN Rapporteur on the independence and impartiality of judges and lawyers. Will the Hartmann vs. the Tribunal case end up in the European Court for Human Rights in Strasbourg? 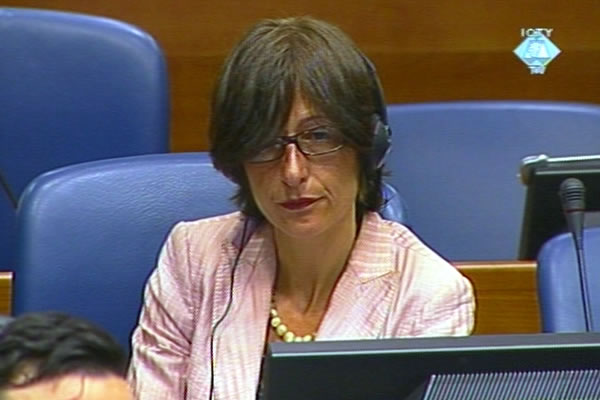 The curious case of French journalist Florence Hartmann, convicted for contempt of court, has branched out. On 16 November 2011, the Tribunal’s Appeals Chamber converted her €7,000 fine into seven days in prison and issued an international warrant for Hartmann’s arrest.

In her book and in an article published on an Internet portal, the journalist disclosed and criticized the ‘legal reasoning’ used by the Appeals Chamber to underpin its confidential decision to grant protective measures to documents originating from the Yugoslav Supreme Defense Council. A warrant for Hartmann’s arrest and detention caused outrage and harsh reactions in the French and international press and intellectual circles. The Appeals Chamber’s decision was labeled ‘scandalous’, ‘vengeful’, ‘shameful’ and ‘unfair’ in the press releases issued by journalist associations and open letters penned by distinguished intellectuals and artists in the French and international media. On 30 November 2011, the leading international organization for freedom of expression, Article 19, published its press release labeling the Florence Hartmann case ‘perversion’ of international justice which ‘undermines’ the right to freedom of expression and the ‘Tribunal’s moral authority’. France is not ‘legally and morally obligated’ to execute the arrest warrant, Article 19 went on to say in its release. This would be the first case of an arrest of a journalist since the days of the Vichy government in the 1940s. The organization is named after Article 19 of the Universal Declaration of Human Rights and the International Covenant on Civil and Political Rights.

The curious case of the former spokesperson of the Tribunal’s OTP turned fugitive from justice will go beyond newspapers editorials and press releases issued by human rights and freedom of speech organizations. The Support Committee for Florence Hartmann has stated today that the convicted journalist has petitioned to the UN Special Rapporteur for freedom of opinion and expression, an independent expert appointed by the UN Human Rights Committee. Frank La Rue from Guatemala is in office at this time.

In a document which runs to more than 70 pages, Hartmann describes in detail how the Tribunal in her case violated not only her right to a free and critical analysis of the work of the international tribunal and the right of the public – primarily the victims of crimes in Bosnia and Herzegovina – to have access to information of broader public and historical interest. Hartmann wants the UN Special Rapporteur to find that in her case the Tribunal violated Article 19 of the International Covenant on Civil and Political Rights and relevant international standards protecting the freedom of expression. Hartmann wants the Rapporteur to issue a recommendation to the Tribunal to reconsiders its judgments and to vacate the warrant for her arrest.

The Support Committee for Florence Hartmann has indicated in its press release that Florence Hartmann would petition the UN Special Rapporteur on the independence and impartiality of judges and lawyers with a similar memorandum. In the memorandum Hartman will state how, in her view, her rights to an independent tribunal and a fair trial have been violated.

The curious case of Florence Hartmann will in all likelihood not stop at petitioning the UN and OSCE Special Rapporteurs. In the opinion of William Schabas, a renowned international law professor and a great friend of the Tribunal in The Hague, the case could end up in the European Court for Human Rights in Strasbourg. As Schabas says, the European Court for Human Rights could consider not only the issue of freedom of expression but the question if converting the unpaid fine into a prison sentence ‘represents inhuman and degrading punishment’. In any case, Professor Schabas concluded, it ‘will be interesting to see the world’s leading international human rights court sitting in judgment of the world’s most distinguished international criminal court’.