The Registry has notified the Appeals Chamber that Florence Hartmann has failed to transfer the sum of €7,000 to the Tribunal before the expiry of the second deadline. She was fined for contempt of court. Hartmann has not explained the reason for her default in writing. Hartmann claims she has sent a letter to the judges in good time, explaining how the Tribunal could collect the fine 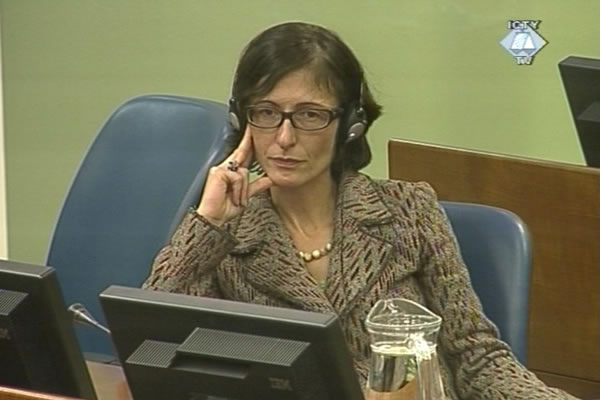 The Registry has notified the Appeals Chamber that French journalist Florence Hartmann has failed to pay her €7,000 fine for contempt of court into the account of the ICTY’s Financial Section.

Hartmann, former OTP spokesperson, was found guilty in September 2009 of ‘willful and deliberate publication of the contents, alleged effects and confidential status’ of the decisions of the Appeals Chamber granting protective measures to the documents of the FRY Supreme Defense Council, used in the Slobodan Milosevic trial. These documents have been unsealed in the meantime, but this, as the Appeals Chamber found, did not reduce Hartmann’s culpability.

After the judgment became final in July, Hartmann was ordered to pay the fine in two installments of €3,500 each: the first installment was due on 18 August, and the second on 19 September. The French journalist notified the ICTY President before the deadlines expired that she was unable to pay the fine, but that the Committee to Support Florence Hartmann managed to collect the money and deposited it into an account in a French bank, where the Tribunal could collect it.

The Tribunal, however, insists that the fine must be paid in the manner stipulated in the Rules, and in early October, the Appeals Chamber set 25 October as the new deadline for the payment of the entire sum, warning the journalist that she risked having her fine converted into a prison sentence. According to the notification issued by the Registry today, Florence Hartmann failed to comply with this deadline: by 28 October, the date of the document, neither the money nor any written explanation of the failure to transfer it had reached the Tribunal.

On the other hand, Florence Hartmann claims that on 20 October she sent another letter to the ICTY President and the judges of Appeals Chamber, reiterating that the sum of €7,000 has been transferred to the account in the French bank, and that the Tribunal may ask for the sum to be transferred to its account through official French channels. She adds that in the letter she sought that all the documents in her case be unsealed in order to facilitate ‘an independent verification of the legality of the procedure against me, with a particular emphasis on the right to the freedom of expression and information’. Hartmann also notes that any further measures taken to enforce the judgment would be tantamount to ‘further violations of my fundamental rights’.

According to the Rules of Procedure and Evidence, if the fine is not paid on time, the Appeals Chamber may extend the deadline, allow the payment of the fine in several installments or convert the entire fine or its part into a prison sentence, not exceeding 12 months. Since the highest fine that the Tribunal can impose for contempt of court is €100,000, the failure to pay €7,000 would incur a prison sentence of about 25 days in prison.