ORDER TO ‘SEARCH FOR, ARREST” AND TRANSFER FLORENCE HARTMANN

The Tribunal’s Appeals Chamber has issued an order for the arrest of French journalist Florence Hartmann. Hartmann was fined € 7,000 for contempt of court. The sentence has now been converted into seven days in jail 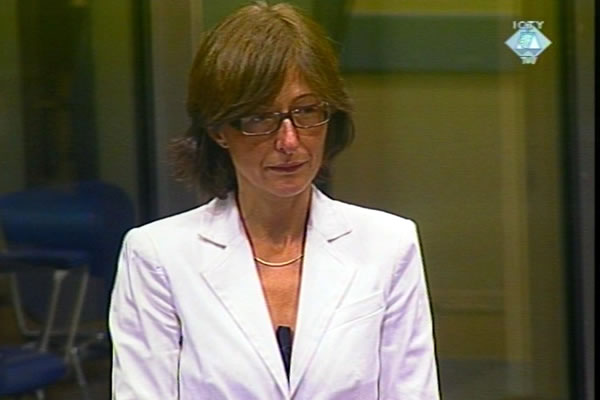 The Appeals Chamber has converted the fine French journalist Florence Hartmann was sentenced to pay for contempt of court into a seven-day prison sentence. The Appeals Chamber subsequently issued an order for Hartmann’s arrest, it was stated in the Hague, soon after the end of the conference on the Tribunal’s ‘global legacy’.

In September 2009 Florence Hartmann was found guilty of ‘deliberately and willfully disclosing the contents, alleged effects and confidential nature’ of the decisions of the Appeals Chamber granting protective measures to the documents from the FRY Supreme Defense Council handed to the Tribunal to be used in the case against Slobodan Milosevic. In the meantime, these documents have been unsealed but the Appeals Chamber found that it didn’t affect Hartmann’s culpability.

Hartmann was ordered to pay the € 7,000 fine in two installments of € 3,500 not later than 25 October 2011. In the meantime, Hartmann informed the Tribunal’s President in a letter that the money had been deposited in the account of the Committee to Support Florence Hartmann in a French bank. Hartmann also provided details of the account in which the sum was deposited. For the Tribunal, this was not an acceptable way to pay the fine and the ICTY President signed the order for Hartmann’s arrest and transfer in The Hague.

In the last decision signed by Patrick Robinson in the capacity of the president of the Tribunal before his term of office expires, the French authorities were ordered to ‘search for, arrest, detain and surrender promptly’ Hartmann to Holland where she will be handed over to the local authorities. The host country authorities will then transfer the convicted journalist to the UN Detention Unit. The French and Dutch authorities have been ordered to carry out the order ‘as soon as possible’ and to inform the ICTY Registrar about their compliance.

If France is unable to carry out the order for Florence Hartmann’s arrest, it must report this to the Tribunal’s Registry immediately and state reasons why it was unable to arrest her.

In her last letter to President Robinson on 20 October 2011, Florence Hartmann reiterated that the sum of € 7,000 to cover her fine was deposited into a French bank account and that the Tribunal could collect it through the appropriate French channels. The Tribunal published the letter on 14 November 2011. Hartmann also asked the Tribunal to unseal all of the documents in her case because she intends to seek redress from ‘the appropriate bodies’ for the violation of her rights in the case against her before the Tribunal. Hartmann concluded her letter saying that all further efforts to enforce the Appeals Chamber’s judgment would be an ‘additional violation of my rights guaranteed by the French law and the European Charter on Human Rights’. Hartmann didn’t identify the ‘appropriate bodies’ where she intends to seek redress. However, it is logical to assume that it might be the European Court for Human Rights in Strasburg. Yesterday at the conference on the Tribunal’s global legacy, William Schabas, a prominent international law professor, alluded that the curious case of Florence Hartmann may end up, or begin anew, at that venue.