CHEMICAL WEAPON AS A ‘RUSE’

General Zdravko Tolimir ‘proposed the use’ of chemical weapons in the attack on Zepa in July 1995 ‘probably to deceive and intimidate the BH Army soldiers and make them surrender and leave the enclave’, Ljubomir Obradovic said in his evidence at the trial of Mladic’s former assistant for security. Obradovic served as a staff officer in the VRS Main Staff during the war 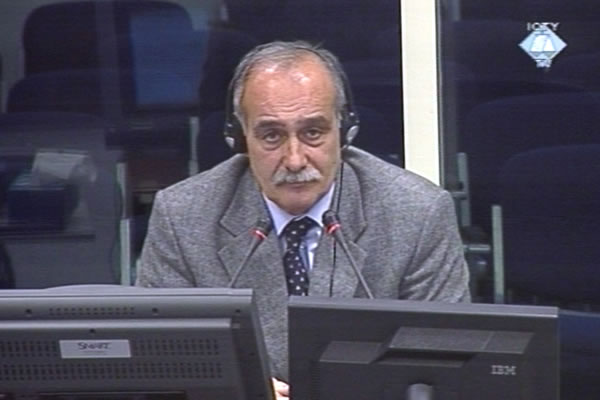 Did the VRS have and use chemical weapons? Did the accused general Zdravko Tolimir call for their use in July 1995? The prosecutor tried to get answers to these questions as he continued the examination-in chief of Ljubomir Obradovic, former staff officer in the VRS Main Staff. He is testifying as a prosecution witness at the trial of Mladic’s former assistant for security in the VRS Main Staff, charged with genocide and other crimes in Srebrenica and Zepa.

The questions were motivated by a document Tolimir sent on 21 July 1995 from the Rogatica Brigade headquarters to the VRS Main Staff, to the attention of General Radivoj Miletic. General Tolimir described the situation in Zepa and proposed that chemical weapons be used against the BH Army in the enclave. ‘It would be best to destroy them with chemical weapons or aerosol ordnance’, Tolimir wrote in the document, explaining that this could be the fastest way to bring about ‘the fall of Zepa and the Muslims’ surrender’.

The prosecutor recalled that this document was shown to the witness during his previous testimony in 2008. The witness then said he didn’t know about any chemical weapons, that the claim was ‘outrageous’, and the document itself ‘ridiculous’. Today, Obradovic repeated that he had no knowledge of any chemical weapons that were either in the possession or were used by the VRS, but his take on the document itself and the contents was different than in 2008.

As he read the Directive 7.1 about the creation of ‘an unbearable situation […] for the survival of the [Muslim] population of Srebrenica or Zepa’, Obradovic concluded that Tolimir’s proposal to use chemical weapons might in fact have been an attempt to ‘deceive and intimidate’ the enemy to make them pull out of the enclave. The witness added that he found it ‘illogical’ that Tolimir should submit such a proposal directly to General Miletic, whose rank was lower than Tolimir’s.