DEFENSE: ‘PETKOVIC WAS DOVE, NOT HAWK’

Milivoj Petkovic was not a man of war, Petkovic’s defense lawyer claims, asking for the acquittal of the former commander of the HVO Main Staff. The defense of Valentin Coric claims that the military commanders of the HVO – Praljak and Petkovic – were in charge of the implementation of everyday orders and combat tasks of the military police 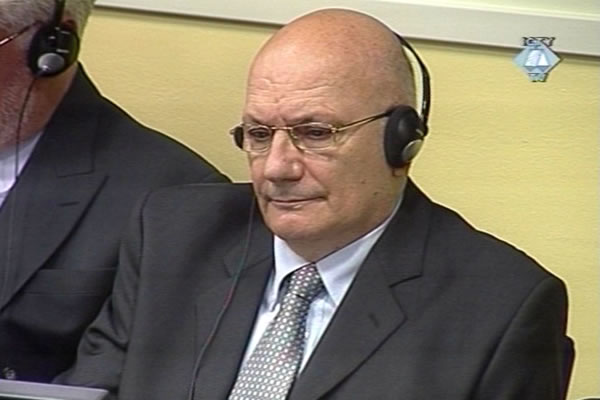 ‘Milivoj Petkovic was not a man of war’, Petkovic’s defense counsel Vesna Alaburic said continuing the closing arguments at the trial of the former Herceg Bosna leaders. Alaburic recalled that the commander of the HVO Main Staff once said it was ‘better to negotiate for two years than to fight a war for one day’.

Contrary to the prosecution’s claim that the military observers and other representatives of the international organizations in BH condemned Petkovic and his behavior, the defense ‘carefully analyzed’ the documents and concluded that they in fact saw Petkovic as a ‘moderate person willing to negotiate’. According to their assessments, Petkovic ‘was always seen as a dove, not a hawk’, the defense contends.

According to the defense, Petkovic was not ‘infallible’ as a man and a professional soldier and today he might make different decisions. However, Petkovic’s departure to BH in 1992 was motivated by his desire to defend Croatia and to help the Croats and Muslims defend BH against the JNA and VRS attacks. As Alaburic remarked, Petkovic sincerely believed that the HVO was part of the BH armed forces, or a ‘legitimate army’.

As the defense noted, when the fighting between the HVO and the BH Army was at its height, Petkovic was the chief of the HVO Main Staff. This post shouldn’t be mixed up with the post of a military commander. Contesting all the allegations in the indictment, Petkovic’s defense denied that Mostar was under siege. According to the defense, the BH Army prevented the civilians from fleeing the town en masse.

Petkovic didn’t play any role in the destruction of the Old Bridge, he did not cover up the crimes in Stupni do, he did not issue any orders for prisoners to be used as forced labor on the frontlines, his defense contended. Petkovic only ‘allowed’ it, as evidenced by some prosecution documents, the defense counsel noted. Alaburic claimed that the prosecution had failed to prove that the prisoners didn’t work ‘voluntarily’. Alaburic also referred to the evidence of a witness who said that some prisoners volunteered to go because it was better than spending the whole day in the hangar in Vitina where the temperature rose to 40 degrees centigrade.

Dijana Tomasegovic Tomic, Valentin Coric’s defense counsel, said at the beginning of her closing argument that the prosecution had failed to prove Coric’s command role in the HVO military police. The former chief of the military police administration was in charge of the personnel policy, logistic support, training and disciplinary proceedings, Tomasegovic Tomic explained.

In their routine tasks and in combat operations, the HVO military police was under the command of HVO commanders in their respective areas of responsibility, and the HVO Main Staff commanders Praljak and Petkovic, the defense contended.

As for the powers that Coric ‘had or rather didn’t have’, as the defense counsel put it, over the military police, this is best illustrated by a case when Coric tried to punish a military policeman but was prevented by Praljak ‘because he was the one who exercised command over that military policeman’.

Coric’s defense will complete its closing arguments tomorrow, and then the defense of the last accused, Berislav Pusic, will take the floor.