Bruno Stojic’s defense stressed in its closing arguments that the international witnesses couldn’t be trusted: they were partial and ill-informed. In Dayton, Republika Srpska was ‘rewarded for ethnic cleansing’, the defense argued: it was made into a separate entity. At the same time, the prosecution in The Hague declared that Herceg Bosna was a ‘para-state’ although the ‘third entity’ was no longer a taboo topic. Slobodan Praljak’s defense started its closing arguments later today 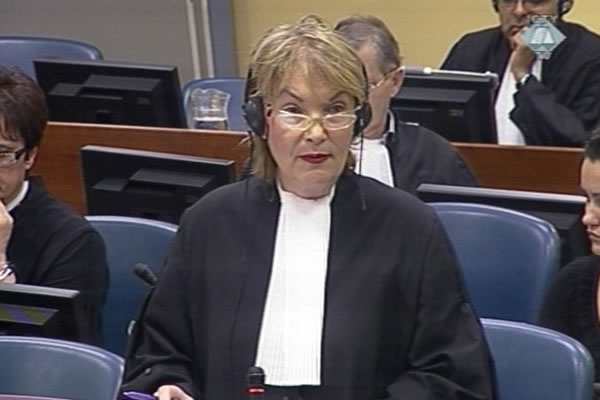 As Stojic’s defense counsel Senka Nozica said, ‘false impressions’ about her client were created on the basis of the claims made by former chief of the UN military observers Bo Pelnas. As Pelnas recounted, Stojic threatened Ejup Ganic with a gun at a meeting in Mostar on 17 April 1993. The defense contends that those allegations were not correct. In his testimony, Milivoj Petkovic said that Stojic didn’t attack or offend anyone at that meeting and that he didn’t carry a gun.

Nozica criticized the international community, noting that in Dayton it ‘rewarded ethnic cleansing’ when it recognized Republika Srpska as a separate entity, although at the same time Herceg Bosna was ‘declared a para-state’ by the prosecution before the Tribunal.

According to Nozica, the dysfunctional Bosnia and Herzegovina was created in Dayton. Most of the Croats living in BH feel that they have been denied some of their rights. Nozica brought up the concern in this regard voiced recently by Croatian president Josipovic and others who were opposed to Franjo Tudjman, adding that ‘the third entity and Herceg Bosna are no longer taboo topics’.

Such comments prompted prosecutor Kenneth Scott to jump to his feet. Violating the practice which dictates that there should be no interruptions during the closing arguments, Scott objected, claiming that Stojic’s defense counsel was presenting ‘statements of fact that are not part of the record’.

Denying Stojic’s guilt on all counts in the indictment, Nozica noted that Jadranko Prlic’s lawyer in his closing arguments indirectly suggested that Mate Boban had transferred his authority over HVO prisons and camps to Stojic. According to Nozica, this ‘is not true’. Nozica also dismissed the claims made by Milivoj Petkovic’s defense that the Department of Defense run by Stojic was responsible for the unlawful arrests of Muslims and their forced labor.

In the final part of the closing arguments, co-counsel Karim Kahn highlighted the fact that Stojic – unlike Prlic, Praljak and Petkovic – was not an important person. ‘To claim that Stojic was superior to Praljak and Petkovic and equal to Prlic is nonsense’, Kahn said. There is no solid evidence against Stojic and he should be acquitted, Kahn concluded.

The defense of General Slobodan Praljak, lawyers Bozidar Kovacic and Nika Pinter, took the floor next. In the first thirty minutes, Kovacic challenged the prosecution’s allegation that there was an international armed conflict in BH from April 1992 to March 1994.

Praljak’s defense will continue its closing arguments tomorrow. Praljak will exercise his right to address the judges. 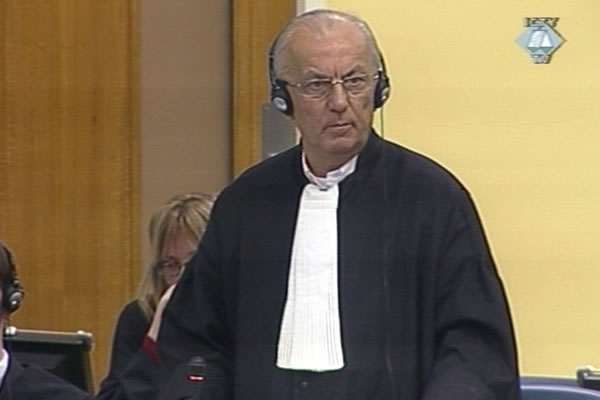