‘SAVING’ THE MUSLIMS OF MOSTAR

Ante Kvesic, former commander of the regional war hospital in Western Mostar has described at the trial of the former Bosnian Croat leaders how Muslims were ‘saved’ after the conflict broke out between the HVO and the BH Army in Mostar 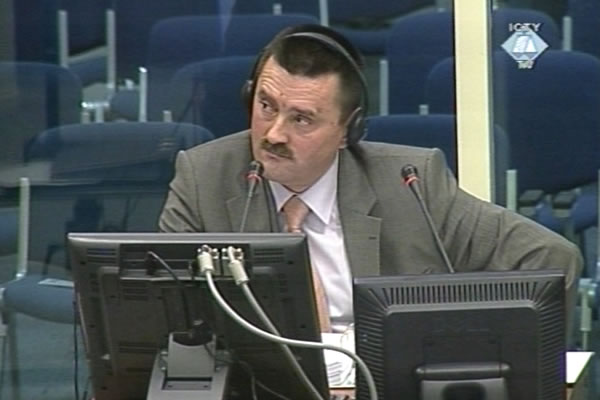 Ante Kvesić, svjedok odbrane Brune Stojića
Testifying in the defense of Bruno Stojic, former head of the defense department in the Croatian Community of Herceg Bosna, Ante Kvesic, former commander of the Regional War hospital in Western Mostar, maintained that, after the conflict between the HVO and the BH Army broke out on 9 May 1993, the Muslims from Mostar were taken to Heliodrom to be ‘protected’ from bullets and shells.

When the town was covered in smoke and when shells were raining down, the people panicked, fleeing their apartments to find shelter. ‘At that moment somebody picked them up and took them out of the town that was on fire’, the witness explained. It was better for them to be taken out of the town and survive than to stay and get killed which would only lead to ‘us being labeled as criminals who killed them’, the witness argued.

Judge Stefan Trechsel asked the witness if, in his opinion, in that case the Croats were discriminated against; they remained in hell and Muslims were saved. There were Croats and Serbs among those who were taken to Heliodrom, the witness replied.

In his examination-in chief, the witness argued that the regional war hospital in Western Mostar was open to persons of all ethnic backgrounds; also, a substantial number of Muslims worked in the hospital. The witness denied that Muslim and Serb employees were discriminated against at any time during the HVO-BH Army conflict. The hospital was already short-staffed, he said. The defense corroborated this with data from the regional war hospital in 1993 and 1994 showing that one third of employees were Muslim.

As the defense pointed that the Regional war hospital treated injured members of the BH Army, the prosecutor in his cross-examination showed that they were in fact prisoners of war taken by the HVO to forced labor in the first lines of the frontline. Some of them, according to the prosecution documents, were transferred to the hospital from Heliodrom so that they would not be seen by members of the International Red Cross. The witness answered that he didn’t know anything about the circumstances under which those men were injured adding that he would prefer to be questioned about issues related to his job.

Stojic’s defense called evidence showing that the witness intervened repeatedly asking that doctors and other medical staff employed by the regional war hospital be released from Heliodrom. This prompted the prosecutor to suggest that the witness did it because he needed quality personnel. The witness denied this claim arguing that he intervened also in cases involving the families of his personnel.

Stojic’s defense counsel Senka Nozica pointed in her cross-examination to the fact that several years ago Dr. Kvesic was declared Person of the Year by the readers of the BH edition of the Vecernji List daily.