BH STATE FAILED TO DO ITS JOB

Milan Cvikl, economic expert called by Jadranko Prlic’s defense believes that there was no joint criminal enterprise aimed at annexing Herceg Bosna to neighboring Croatia. According to Cvikl, the accused Bosnian Croat leaders actually protected the BH border with Croatia 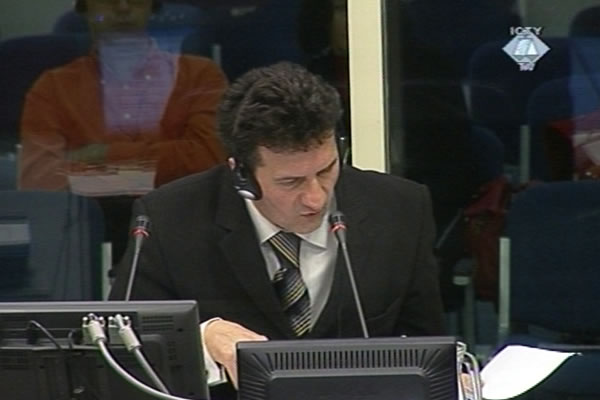 Milan Cvikl, svjedok odbrane Jadranka Prlića
Secretary general of the Slovenian government Milan Cvikl believes that there was no joint criminal enterprise aimed at annexing Herceg Bosna to neighboring Croatia, as the prosecution alleges. Contrary to that, Cvikl argues that the then Herceg Bosna leaders protected the BH border with Croatia in the territory controlled by Bosnian Croats. According to Cvikl, who drafted an expert analysis of the economic development in Herceg Bosna from 1991 to 1994 at the behest of Prlic’s defense, the Republic of Bosnia Herzegovina was supposed to do it but failed.

In his examination-in chief the Slovenian expert said that all the economic measures undertaken by Herceg Bosna authorities were undertaken in the interest of its citizens and the defense against the enemy he identified as the Serb forces. Similar measures were undertaken in municipalities throughout BH since there was no communication with the central government in Sarajevo. The witness implicitly criticized the wartime BH government for deciding to stay in the BH capital during the siege.

Cvikl also praised Herceg Bosna authorities for recognizing the importance of education early on in the war; they allocated substantial funds in their budget to education unlike their counterparts in the Bosniak-controlled territory. Primary and secondary schools were open in Mostar all the time and so was the university, the witness noted, unlike in Sarajevo, at least as far as he knew.

Since the defense teams of the other accused Herceg Bosna leaders had no questions for him, Cvikl will continue his evidence tomorrow with the cross-examination by the prosecution.