Mirko Zelenika, former president of the Jablanica municipal board, testifies in the defense of the former Herceg Bosna prime minister Jadranko Prlic. From September 1993 to March 1994, Zelenika was imprisoned in a BH Army camp. He described the situation in Jablanica at the time as ’not quite happy’: at one point the refugees outnumbered the locals 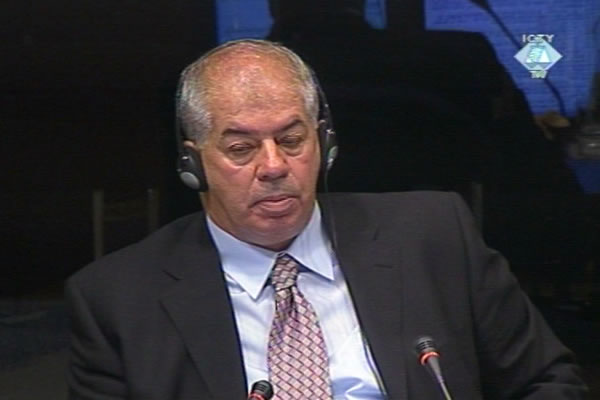 Mirko Zelenika, defense witness for Jadranko Prlic
Mirko Zelenika took the stand today as a defense witness of the former Herceg Bosna prime minister Jadranko Prlic. Zelenika, former president of the Jablanica municipal board, confirmed that in Jablanica in 1992, the HVO was part of the BH armed forces together with the Territorial Defense, Green berets and the Patriot League.

Zelenika was appointed the president of the municipal board in May 1992. Six months later, in late October 1992, he was replaced by Safet Cibo.

Among other things the witness noted that in mid-April 1993 he was mobilized into a work platoon despite the fact that he had provided medical records indicating he had ‘restricted ability for prolonged standing, walking, marching and keeping guard’. ‘They called it mobilization, I called it forced labor’, the witness said, adding that there was a note in the call-up papers instructing him to bring along a pick, a shovel, an axe and a saw. In September 1993, the witness was arrested by the BH Army and taken to a camp where he was detained until 1 March 1994.

Describing the atmosphere in Jablanica in late October 1992, the witness said it was ‘not quite happy’. As he explained, there were more refugees than locals in Jablanica at the time. Most of the refugees were Muslims, and according to the witness, they vented their frustration on Croats. Tensions between the two ethnic groups increased when, after an incident, the municipal authorities decided to prohibit the celebration of Catholic Christmas.