In his cross-examination Mirko Zelenika, testifying in Jadranko Prlic’s defense, agreed with the prosecutor that Muslims were also held in the BH Army prison in the Jablanica museum in 1993. However, Zelenika contends, they did not have the same status because ‘Muslims were refugees and Croats prisoners’ 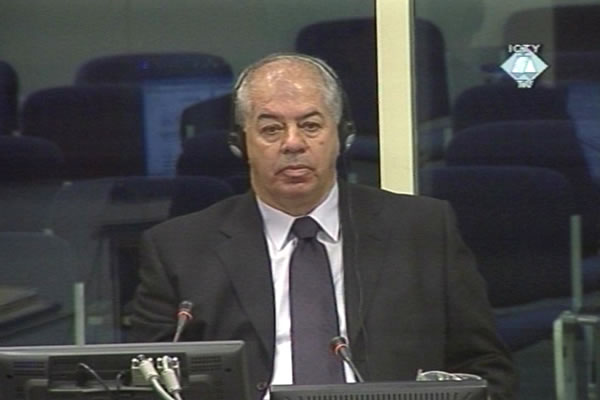 Mirko Zelenika, defense witness for Jadranko Prlic
In the cross-examination of Mirko Zelenika, president of the Jablanica municipal board, the prosecutor claimed that the HVO issued the BH Army an ultimatum to pull out by 15 April 1993 from three provinces envisaged in the Vance-Owen peace plan. If not, they would use force to establish their power. The prosecutor referred to the reports sent by Reuters and the AFP and to articles published in April 1993 in the Belgrade daily Borba, in the Financial Times and other media worldwide.

The witness said that he had no knowledge about the alleged ultimatum mentioned in the media reports. Jablanica was in a ‘media blockade’, the witness noted; this despite the fact that in his examination-in chief he claimed the opposite was the case. In his replies to the defense questions, the witness noted that people in Jablanica could watch BH TV from Sarajevo, and cable TV.

The prosecutor confronted the witness with the EU monitors’ reports that some 600 Croats and Muslims were detained in the Jablanica museum. The witness first said it was not true; he didn’t see any Muslims there. After some time, however, he did admit that when he left the prison in the spring of 1994 he learned that there were Muslims there. ‘But it is not the same, they were refugees and Croats were prisoners’, the witness added.

According to Zelenika, Croats lived in Jablanica like in a ghetto. As soon as Dr Safet Cibo became the first man in the municipality, all Croat civilians in Jablanica became prisoners. As Zelenika recounted, the Muslim authorities prohibited them from leaving town. The witness disagreed with the prosecutor’s allegation that from 1992 when the conflict broke out until September 1993 when the BH Army arrested him he had been one of the key HVO activists in Jablanica. Zelenika also disagreed when the prosecutor put it to him that in 2000, as the president of the Association of the Croatian Homeland War Prisoners, he advocated the establishment of the ‘third entity’ in BH.

The witness objected several times that the prosecutor ‘badgering’ him with questions. At the beginning of the session today he tried to object to the way in which his cross-examination was conducted. The Trial Chamber dismissed his objection because they found it to be groundless.