ONE BAD GENERAL IS WORTH TWO GOOD ONES

Paul Cornish, who teaches international security at the Royal Institute in London is testifying at the trial of general Rasim Delic. He was asked by the defense to draft an expert report on command and control in modern warfare 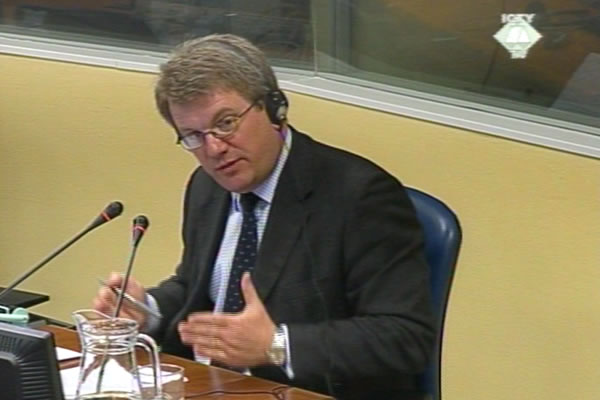 Paul Cornish, defense witness for Rasim Delic
The defense of the former commander of the BH Army General Staff Rasim Delic today questioned Dr Paul Cornish. He teaches at Chatham House, formally known as The Royal Institute for International Affairs in London. The British professor drafted an expert report for general Delic’s defense on command and control in modern warfare.

Chatham House is the world’s leading institute for debate and analysis of international issues and current affairs. It was founded in 1920 as a platform for official delegations from all over the world to discuss every aspect of international affairs, including international security, off the record.

Quoting Napoleon’s famous saying that ‘one bad general is better than two good ones’, Dr Cornish stressed the importance of the so-called singleness of command, whereby there should be only one superior officer at every level in the chain of command responsible for all decision-making. In his words, the command and control system functions on a hierarchical basis where ‘it is essential that the military leadership can rely on its subordinates’.

General Delic is charged on the basis of command responsibility for crimes committed by members of the El Mujahid Detachment. The prosecution alleges that the detachment was part of the BH Army command and control system, while the defense pointed to the parts of the expert report corroborating its argument that a unit that refuses to obey orders of the superior command and doesn’t report to it, whose members wear their own uniforms and their own insignia, a unit that receives funds from its own sources cannot be considered part of a unified chain of command. As the witness put it, in situations like this the question arises of ‘the integration of this unit into the system as a whole’. Also, the witness contends, there is a question whether a commander can rely on such a unit and to what extent.

When Delic’s defense counsel Nicholas Robson asked him to comment on a situation in which some unit received orders from someone outside of the military system it officially belonged to, the witness replied that this would represent a violation of the principle of the unity of command and that such a unit ‘could not be regarded as a part of a unified chain of command’. The defense alleges that the El Mujahid Detachment received orders from the so-called sura, the supreme body of the Mujahideen, whose headquarters – judging by the documents from the so-called Italian collection – was located in the Islamic Cultural Institute in Milan