IN THE ARMY BUT NOT UNDER ITS COMMAND

Prosecution witness PW9, former member of the El Mujahid Detachment, denies he was under the command of the BH Army, but claims he was its member. In his view, these two claims are not contradictory. The detachment was formally part of the BH Army and ’coordinated’ its activities with the Army units, but was not part of the Army chain of command: it maintained its right to refuse orders issued by BH Army officers 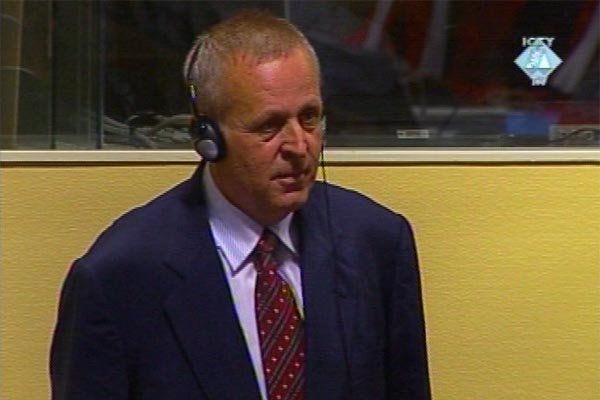 Rasim Delic in the courtroom
Prosecution witness PW9, former member of the El Mujahid Detachment, was called by General Rasim Delic's defense for additional cross-examination about the documents from the ‘Italian collection’: documents that were belatedly disclosed by the prosecution. He denies he was under the command of the BH Army but claims he was its member.

’I was a member of the BH Army’, the witness said, when the prosecutor asked him which army he belonged to from 1993 to late 1995. In his answers to the defense, the witness claimed that the El Mujahid Detachment was not under the command of the BH Army. ’Foreigners’ controlled the detachment from abroad.

To corroborate claims that the detachment was under the control of the BH Army, the prosecutor showed the witness an interview General Delic gave to Ljiljan, a newspaper. The commander of the General Staff explains in his interview that the ’foreign fighters in BH cannot act autonomously’ and that they are ‘part of the BH Army subordination system’. The witness replied that this was ’not contrary’ to what he had previously stated. According to him, ’subordination and coordination’ imply ‘cooperation in the execution of the joint task’ and not a relationship between a subordinate and a superior.

The trial continues on Monday with the evidence of the last witness called by the defense of the former commander of the BH Army General Staff.