Playing down the role of the police in Kosovo, former commander of the Special Police Units ’Belgrade detachment’, testifying in the defense of Sreten Lukic, stated that he ’relied’ only on military commanders in the course of the attacks on Albanian villages. He left them to issue orders, as ’a gentleman’ and at times, he engaged in ‘creative decision-making’, without any orders from Sreten Lukic, head of the MUP Kosovo Staff. The defense of the VJ generals contested his allegations in the cross-examination 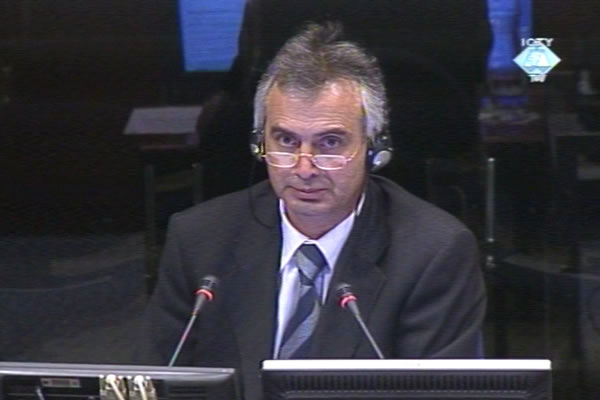 Dragan Zivaljevic, defense witness for Sreten Lukic
Dragan Zivaljevic, former commander of the 122nd Intervention Brigade also known as the PJP ‘Belgrade Detachment’, testified in the defense of police general Sreten Lukic. He attempted to shift the responsibility for the attacks against Albanian villages in the spring of 1999 on the VJ. He didn’t deny the involvement of his unit in the joint police and army operations in the Podujevo area but claimed that he ’relied’ exclusively on military commanders and their plans.

When Lukic’s defense counsel asked him who issued orders to the joint military and police forces the witness replied that he had always left the military commanders in the field to do it, ‘as a gentleman’. According to him, he received no orders from the MUP Kosovo Staff, headed at the time by the accused general Lukic.

The defense counsel of Vladimir Lazarevic, former commander of the Pristina Corps, didn’t like this attempt to shift the blame. In his cross-examination, he asked the witness first who decided how long his unit would be deployed in Kosovo. Zivaljevic replied that the PJP ’Belgrade Detachment’ was dispatched to Podujevo in March 1999 following an order of the interior minister. The length of their deployment depended on the situation in the field; as a detachment commander he was ‘creative in making decisions’ about it.

As the witness claimed that his detachment and other police units never took part in anti-terrorist operations alone without the army, Lazarevic’s defense counsel showed him a part of the minutes of the MUP Kosovo Staff meeting held in May 1999, where PJP commander Obrad Stevanovic, orders that anti-terrorist activity plans should be made by each Secretariat of the Interior and approved of by the MUP Kosovo Staff. Zivaljevic allowed this to be true, adding that this referred to minor operations that he was not sure could be called anti-terrorist actions at all.