EVIDENTIARY VALUE OF PREVIOUS STATEMENTS OF THE ACCUSED 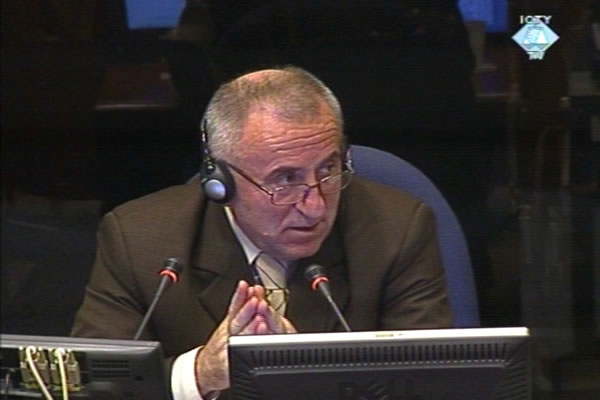 Vladimir Lazarevic testifying in his defense
The Trial Chamber hearing the case of the Kosovo Six, former Serbian officials charged with crimes against Albanian civilians, noted that the statement General Vladimir Lazarevic gave to the OTP as a suspect could be used against the other accused in the case.

The Trial Chamber explained in its decision that Lazarevic had testified in his own defense and was available to be cross-examined by the defense of the other five accused, who had thus had a chance to question him about what he had said in the statement given before the beginning of the trial.

At the beginning of the Kosovo Six trial in August 2006, the Trial Chamber ruled that the previous statements of the accused could be used in their entirety against those who had given them, and against the other accused. Only parts referring to the ‘action, conduct and mental state’ of the accused could not be used. However, in the meantime the Appeals Chamber hearing the case of former Herceg Bosna officials ruled that a previous statement of Jadranko Prlic could be used in its entirety against the other five accused, leading the OTP to request that the same criteria be applied to the Kosovo Six case. The defense objected, pointing to the fact that in the twenty months of the trial it has relied on the August 2006 decision restricting the use of previous statements of the accused.

The Trial Chamber concluded that a ‘more expansive manner of using the interviews” would be unfair to the defense and “could prejudice the rights of the accused to a fair trial”. Therefore the Trial Chamber ruled that only General Lazarevic’s statement to the OTP could be used in its entirety not only against him, but against the other accused too, because he is the only accused to have testified in his own defense.