STUPNI DO VICTIMS WERE BURNED

At the trial of former Herceg Bosna leaders, the court heard testimony of a former BH Army soldier Kemal Likic. He testified about the HVO attack on Stupni Do on 23 October 1993. His son was killed in the attack. He found his son’s remains on a heap of burned planks some 15 meters from his family house. Several charred bodies were found inside his house 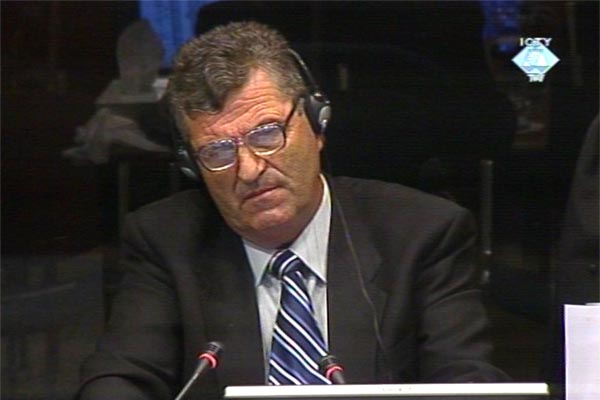 Kemal Likic, witness in the trial of the former leaders of Herzeg-Bosnia
Former BH Army soldier Kemal Likic from Stupni Do testified at the trial of former Herceg Bosna leaders about the HVO attack on that village on 23 October 1993.

The indictment alleges that thirty-eight men, women and children were murdered in the incident. One of the victims was witness’s son, Adis who was not yet eighteen. His remains were found some fifteen meters from their family house on a pile of burned planks. He was ’thrown there, either dead or alive, and then set on fire’, the witness assumes. Several charred bodies were found on the ground floor of the witness’s house and three murdered women were discovered in the basement. According to the witness, two of them were mutilated.

When the first explosion reverberated through the village, the witness said, he was having his first morning coffee with his neighbor after the regular night watch. They grabbed their rifles and headed towards the trenches on the nearby hill of Bogos. They never got there. When they were half-way there, they realized the HVO had already taken their positions. From their location on the hill they watched the HVO soldiers enter the village. The soldiers proceeded to burn the village and kill the inhabitants.

After a while, the attackers sent two village women to deliver the message to them to surrender, threatening they would go on burning and killing if the BH Army refused to do so. They didn’t give in, but wandered about the area and were rescued by the UNPROFOR two days after the attack, together with other survivors.

The witness confirmed the evidence given by several witnesses who survived the incident in Stupni Do. They said that the HVO had issued an ultimatum to the BH Army some weeks before the attack, calling on them to surrender weapons. ’We didn’t surrender the weapons because we wanted to protect our families’, the witness said, adding that they were convinced the HVO would not make its threats true. As he described it, at the time of the attack there were about forty members of BH Army there, armed with twenty-eight rifles and a mortar that was not used at all.

The defense argued that the villagers had been ’well-prepared’ for the attack; even some of the women who were killed in the attack, including the victims found in the witness’s basement, were armed. In the cross-examination, a video recording was shown of the trenches around the village. According to the defense, the BH Army had ‘a clear line of sight’ to Vares Majdan from the trenches. This, the defense implied, showed their strategic importance. It was possible to open fire on the Croatian villages in the area. The witness denied this, saying that the BH Army never opened fire from those trenches before the attack on Stupni Do.

The trial of the former Herceg Bosna leaders continues next Tuesday.