ONLY VUKOVAR WAS WORSE THAN EAST MOSTAR

According to Cedric Thornberry, former head of the Civil Affairs in the UN mission in BH, in August 1993 the situation in East Mostar was worse than anything he had seen in the former Yugoslavia – with the exception of Vukovar. In his opinion, Croats wanted their slice of BH and saw Mostar as the heart of their state 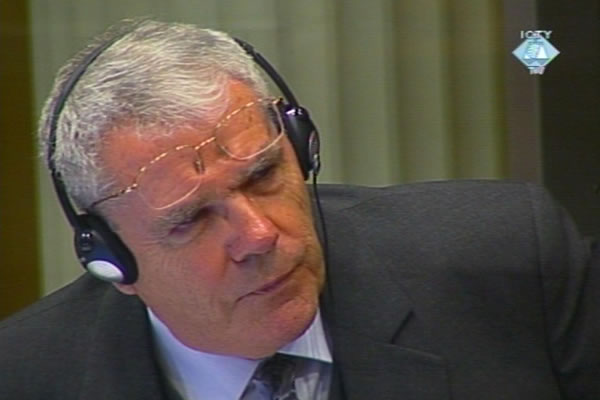 Cedrik Thornberry, witness Prlic et al. case
‘Croats wanted to carve a slice of Bosnia’ and considered Mostar ‘the heart of their state’, Cedric Thornberry, former head of the UN Civil Affairs in BH, said at the trial of former Herceg Bosna leaders. In his view the situation in East Mostar in August 1993 was ‘worse than anything he had seen before in the former Yugoslavia, with exception of Vukovar’. As he described it, virtually every house was shelled, and civilians were constantly targeted by the HVO artillery and sniper fire.

Thornberry first arrived in East Mostar on 21 August 1993. He was accompanied by journalists. The footage they took then was broadcast all over the world. As he said, ‘the people showed signs of serious malnutrition because there was not enough food, and people got most of their water from the Neretva river which was contaminated. He returned to Mostar on 25 August 1993 with the first humanitarian aid convoy. The convoy was held up in East Mostar for a couple of days by the inhabitants who were in fear of new HVO attacks.

In his examination-in chief, the witness said that he spoke to Croatian foreign minister Mate Granic about the entry of the humanitarian convoy into East Mostar. Granic conveyed Tudjman’s view that the Croatian leadership supported the convoy, adding that Mate Boban, Herceg Bosna president, was ‘bound to do what was asked of him’. According to the witness, it was clear that Boban saw Tudjman as his president.

In its cross-examination, the defense noted that the facts relevant for the trial couldn’t be gathered from TV footage and a media campaign, accusing the witness of partiality. He dismissed the accusations saying that when ‘impartiality turned into passivity’, there were problems. Thornberry admitted that the media campaign was ‘a bold instrument’ used by the international community to draw the attention to the situation in East Mostar. Thornberry noted that the campaign was ultimately successful because the people got food.