In the cross-examination of the former security officer of the BH Army 3rd Corps, Rasim Delic’s defense tried to prove that the intelligence and security organs of the 3rd Corps had been unable to investigate properly crimes committed in their area of responsibility because the security services officers were by and large ‘locksmiths, carpenters or economists’ 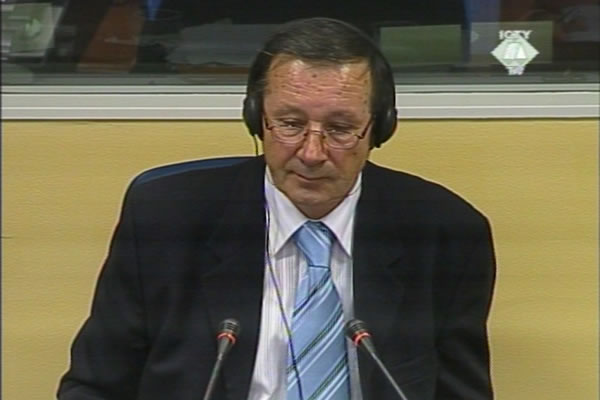 Hamdija Sljuka, witness in the Delic trial
In the cross-examination of Hamdija Sljuka, former security officer in the BH Army 35th Division, Rasim Delic’s defense noted that because there were no professionals and equipment, the intelligence and security organs of the 3rd Corps and its subordinate units were not able to properly investigate the crimes committed in their area of responsibility.

In the cross-examination, the defense showed and tendered into evidence a video recording of the aftermath of the shelling of Tuzla on 25 May 1995. Several shells fired from the VRS positions on the Ozren-Vozuce front killed 71 and injured 108 persons. The witness confirmed that the BH Army security officers had to do an on-site investigation of the incident but didn’t do so because they didn’t have the equipment.

[IMAGE]3039[/IMAGE]The trial continues with the testimony of Edin Husic, former intelligence officer of the BH Army 3rd Corps. Through his evidence, the prosecution will attempt to prove that the intelligence organs in the BH Army possessed enough available information related to the capturing of a number of VRS soldiers near the village of Kesten on the Mount Vozuca in September 1995.