THEY KNEW WHO THEIR TARGETS WERE

Dutch colonel Van der Weijden claims that in most cases the snipers are able to distinguish between civilians and soldiers, and military and civilian targets. If this is not possible, they are not supposed to fire 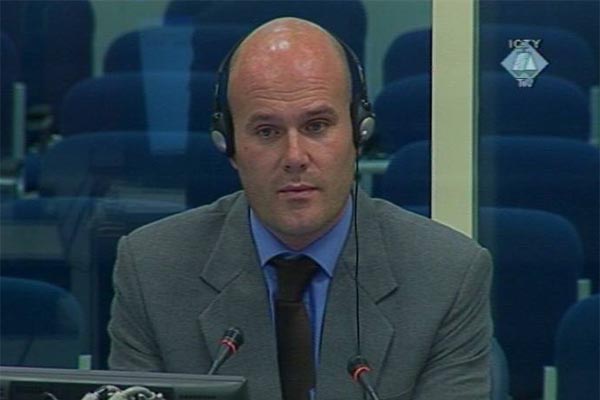 Patrick Van der Weijden, lieutenant in the Dutch Army
In his expert report on the Sarajevo sniper incidents, Dutch colonel Patrick Van Der Weijden identified the positions from which sniper fire had been coming. He testified at the trial of general Dragomir Milosevic. According to the indictment, those locations had been in the territory controlled by the Sarajevo-Romanija Corps.

The report analyzes about 10 incidents, with civilians victims – mostly women and children – listed in the indictment against General Dragomir Milosevic. The Dutch colonel said that in most cases the snipers could distinguish troops belonging to the warring factions from civilians, even if they saw the target with the naked eye. Snipers must not open fire when they cannot clearly distinguish civilian from military targets, he stressed.

Speaking about the incidents targeting people in trams, Van Der Weijden said that from his experience in the Dutch armed forces, trams could not be considered a military vehicle. A tram is a slow vehicle without amour, moving along a clearly defined route on rails, he said.

In his cross-examination, Milosevic's defense counsel Branislav Tapuskovic contested the expertise of the prosecution expert saying that he “as a student of architecture without a degree” could not draft a valid report on the sniper incidents. As he put it, the witness had no training in ballistics or forensic analysis and did not possess many medical knowledge. The witness confirmed that he did not have a university degree but said that he had undergone ballistics training and had attended a brief medical course dealing with gunshot wounds.

When he drafted his report, Van Der Weijden did not use the data on entry and exit wounds. In Tapuskovic’s opinion this was the best way to determine the direction from which the bullet had come from. The witness agreed. He did not have access to the medical records as he wrote his expert report, he went on to say.

This was the second report in which Van Der Weijden assessed sniper activities. Earlier this week he ended his testimony on 12 Mostar sniper incidents at the trial of six former Herceg Bosna officials.