WITH HELP FROM BELGRADE AND WITH GROZNY IN MIND

The Sarajevo-Romanija Corps artillerymen modified air bombs using the Russian method. According to the prosecution expert witness Berko Zecevic, they could then launch them from the ground. The launcher technology was developed in the Military Technical Institute in Belgrade. The air bombs were used in Sarajevo in the same way that the Russians had used them in Grozny, Chechnya 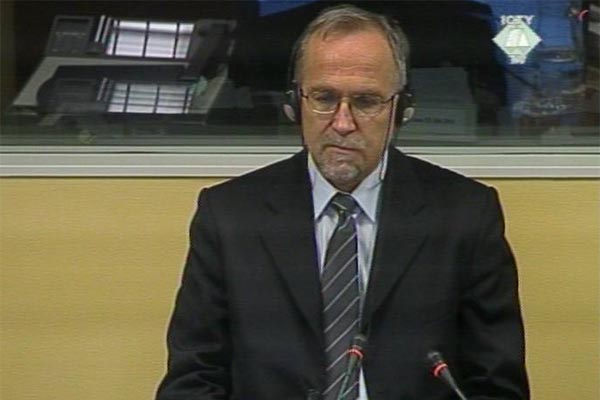 Berko Zecevic, witness in the Dragomir Milosevic trial
Berko Zecevic, prosecution expert witness, took the stand at the trial of General Dragomir Milosevic today. He said that Belgrade provided expert support for the manufacture of modified air bombs , used in the shelling of Sarajevo. It was modeled on Russian technology. Before the war, Professor Zecevic worked in the Research and Development Center in the Pretis factory. This factory specialized in the production of artillery and rocket ammunition and air bombs.

Professor Zecevic’s expert report explains in detail which modified air bombs were used in Sarajevo, how they were made, their characteristics and range. Finally, he analyzed eleven specific incidents in 1995 listed in the indictment against General Milosevic.

Zecevic came across three types of bombs in Sarajevo. Two were made in Yugoslavia, in the Pretis factory, and one was made in Russia. These bombs weighed about 100 to 250 kg and had a range of 3.5 to 8 km. They were filled with a solid explosive or with fuel air explosive. They were propelled by one to four rocket motors.

The Sarajevo-Romanija Corps artillery used the same system as the Russians had in the shelling of Grozny in Chechnya. They used a modified air bomb launching system which made it possible for them to be launched from the ground, instead of being dropped from a plane. The witness said that the launcher technology and launchers themselves had been developed in the Military Technical Institute in Belgrade. Such projectiles were very inaccurate with “minimal odds of hitting a single target”, Zecevic said.

Professor Zecevic claims that the BH Army did not have modified air bombs at their disposal. The materials needed for their manufacture had to be imported into Bosnia. They also needed fuel which at the time was produced in the Nuclear Science Institute in Vinca, near Belgrade. The BH Army did not have the time, the resources and the expertise to develop the technology. In the witness’s words, the personnel working on the modified air bombs project were transferred to Belgrade in 1991.

The witness will continue discussing the specific incidents involving modified air bombs listed in the indictment against General Milosevic in the afternoon session.