Although General Milosevic's defense counsel said that he would wanted to keep his view of the incident in Bascarsija in which 2 persons got killed and 7 seriously injured on 22 December 1994 "for his closing argument", in the end, at the judges’ insistence, he said it had been yet another "staged explosion" 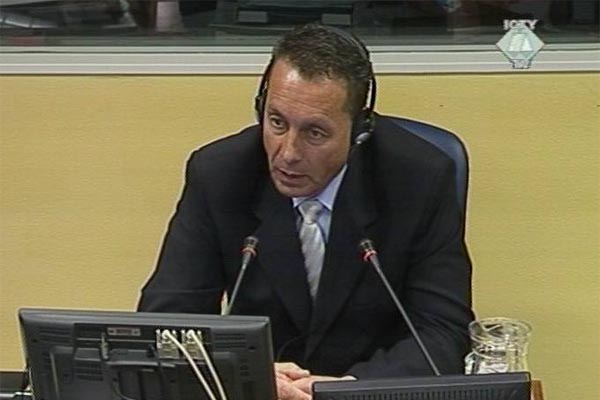 Nedzib Djozo, witness in the Dragomir Milosevic trial
Although at first Branislav Tapuskovic refused to reveal his explanation of the Bascarsija flea market shelling of 22 December 1994, saying he wanted to keep it for "his closing argument", in the end General Milosevic’s defense counsel did present his version of the incident at the judges’ insistence. He maintains that it was yet another "staged explosion" arranged by the BH Army. The BH Army troops knew that former US president Carter was about to visit Sarajevo and they "secretly set" an explosive device in Bascarsija.

Nedzib Djozo, a police officer, testified today about this incident in which two persons were killed and seven persons sustained serious injuries. In November 1994, Djozo helped to look for shell fragments and to secure the explosion site.

When prompted by the judges to comment on the defense counsel's allegations about "a staged explosive device", the witness said that the shell shrapnel were found on the site. It was out of question, he said, that an explosive device could have been set there. Other members of the investigation team determined the type of shell and the direction from which it had been fired.

A ballistic expert from Sarajevo and a BH Army soldier had already given evidence on this incident. The former determined that the explosion had been caused by a cannon shell fired from Mount Trebevic, and the latter said that he had heard the shell being fired and seen it explode in Bascarsija.

The trial of Dragomir Milosevic, former Sarajevo-Romanija Corps commander, continues with the testimony of a Sarajevo Security Services Center inspector, testifying with image and voice distortion as protective measures.