OJDANIC: "THERE WAS NO JOINT CRIMINAL ENTERPRISE "

In his half-hour statement made at the beginning of his trial for crimes against humanity in Kosovo, former Chief of VJ General Staff Dragoljub Ojdanic claims “there was no joint criminal enterprise”; hence he could not have been a participant in it 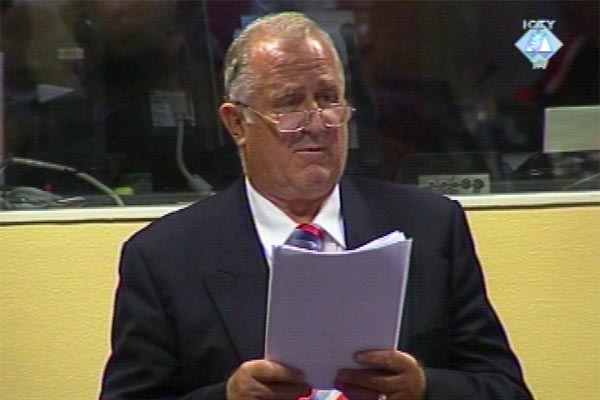 General Ojdanic also denied the existence of a plan to expel the Kosovo Albanians mentioned by prosecutor Hannis in his opening statement. Had there been such a plan, the accused says, he “would never have agreed to it”. Ojdanic claims he performed his duty as the Chief of VJ General Staff “extremely responsibly, in compliance with the Constitution, law and all the rules of international humanitarian law”. He issued orders to his subordinates to “act humanely in inhumane circumstances, as there are in war”. He also took “preventive measures” against violations of humanitarian law. If there had been any such violations, despite those measures, the culprits were prosecuted immediately, Ojdanic says.

At the end of the statement he made without taking the solemn oath, Ojdanic expressed his belief that the prosecutor would “get a true picture of the war and drop many of the allegations made in the indictment”. As for himself, he said, “I am sure I am not guilty on any of the counts of the indictment”.

The prosecution opened its case at the trial of Milutin Milutinovic, Nikola Sainovic, Dragoljub Ojdanic, Nebojsa Pavkovic, Vladimir Lazarevic and Sreten Lukic with the testimony of Sandra Mitchell. In late 1998 and early 1999, she was the director of the Human Rights Office of the Kosovo Verification Mission. Today, she is the director of the Office for the Return of Minorities at the UN Mission in Kosovo (UNMIK).