LAPUSNIK: “A VIOLENT AND TERRIFYING PLACE”

Prosecution closes at the trial of Fatmir Limaj, Isak Musliu and Haradin Bala, former KLA members charged with crimes against Albanian and Serbian civilians in the Lapusnik camp. The prosecution contends that the guilt of the accused has been proven beyond reasonable doubt 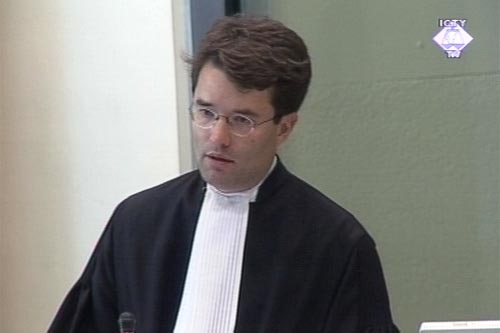 Alex Whiting, prosecutor
“The prosecution considers that it has been proven beyond reasonable doubt that the three accused are guilty of the crimes they are charged with in the indictment," prosecutor Alex Whiting said as he began presenting his closing argument at the trial of Fatmir Limaj, Isak Musliu and Haradin Bala. The three former members of the KLA are charged with the crimes committed against the Kosovo Albanian and Serbian detainees in the Lapusnik camp in the spring and summer of 1998.

Prosecutor Whiting described the Lapusnik camp as a "violent and terrifying place," where KLA members "beat, humiliated and killed" Albanians accused of collaboration with the Serbs and Serbian civilians who would find themselves in detention there due to a variety of circumstances. The evidence shows, it is the prosecutor's contention, that "the three accused played a key role in the camp."

The first accused Fatmir Limaj was the regional KLA commander in Klecka. According to the prosecutor and the evidence presented at trial, Lapusnik and the camp there were in his area of responsibility. In the period relevant for the indictment – from early May until the end of July 1998 – Limaj visited the camp some twenty times, on the average twice a week. The prosecutor claims he in fact commanded the camp and decided who would be released and who would be detained. In late July 1998, when the Serbian forces took hold of the Lapusnik area, the detainees were taken by the KLA to the Berisha mountains. Once there, Haradin Bala, who escorted the detainees, consulted Limaj. Following that, half of the detainees were released and the other half – a total of ten – were shot dead.

The prosecutor further considers that it has been proven beyond reasonable doubt that Isak Musliu commanded the KLA unit stationed in Lapusnik and that he had the immediate command of the camp, issuing orders to guards, and "personally participating in brutal beatings and murders of detainees."

Summing up the evidence presented at trial, prosecutor Whiting concludes that they clearly show that the camp guard nicknamed Sala was in charge of guarding the detainees. He brought them food, water and cigarettes, moved them around the various premises in the camp, participated in the beatings and murders of detainees, and finally, in the mass execution in the Berisha mountains. According to the prosecutor, "there is no doubt that this Sala is our Haradin Bala," as he was identified in the courtroom by two former Lapusnik detainees.

After the evidence about the roles played by the three accused was summed up, the second member of the prosecution team, Colin Black said that all the crimes described in the indictment had also been proven beyond reasonable doubt. After him, as it has been announced, prosecutor Julian Nicholls will speak about the armed conflict in Kosovo. The closing arguments of the prosecution will be concluded tomorrow by Alex Whiting, who will present the recommendations of the prosecution regarding the sentencing of the three accused. Then it will be up to the defense counsel for Fatmir Limaj, Isak Musliu and Haradin Bala to present their closing arguments. 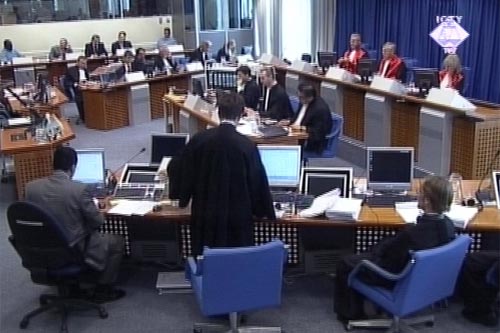