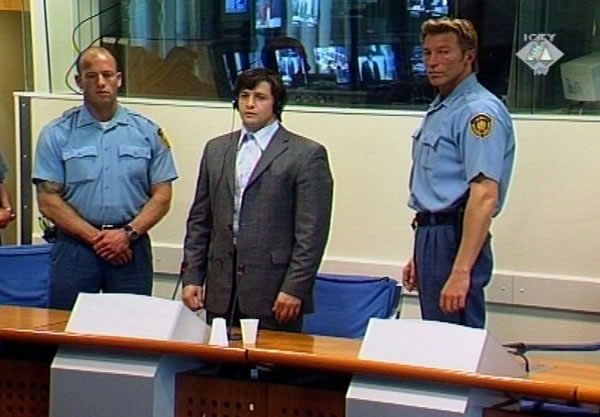 Naser Oric in the courtroom
The Trial Chamber hearing the case against Naser Oric will have to reconsider its decision to allot only 9 weeks for the defense case, instead of the 8 months the defense requested, and to restrict the number of witnesses to 30 instead of 72.

The Appeals Chamber issued this order after considering the appeal Oric's defense filed against the decision to restrict its case.

When the Trial Chamber decided to order Oric's defense to end its case by 30 September 2005 and to hear only 30 witnesses its chief argument was that enough evidence had already been adduced about issues such as the historical context of the conflict in BH, the fact that Srebrenica had been besieged by Serb forces that vastly outnumbered the Bosniaks, that tens of thousands of Bosniaks who had been ethnically cleansed from that part of Bosnia had found refuge in Srebrenica and that starvation, poverty, sickness and despair reigned in the enclave. In the view of the judges, the defense had extensively cross-examined the prosecution witnesses on those issues.

The Trial Chamber ordered the defense to focus on evidence about whether the accused Oric had effective command and control over various armed forces operating in the Srebrenica area in late 1992 and early 1993.

The Appeals Chamber, however, ruled that it would be "unreasonable" to restrict the defense to the evidence about the existence of "military necessity" in the actions launched by Oric's units, which might, as the judges note, play a "central role" in his defense on counts 3 and 5 of the indictment.

The Appeals Chamber also ruled that to restrict the defense in presenting information in several "evidentiary areas" would be unjustifiable, unless the Trial Chamber is ready "to acquit the accused on charges in counts 3 and 5 of the indictment."

Although the Appeals Chamber did not specifically order that the defense should be allotted more time (and how much more time) or given leave to call more witnesses, it nevertheless ordered the Trial Chamber to reconsider its decision.