According to a prosecution expert witness, about 85 per cent of Islamic and Catholic religious sites were destroyed in Bosnia and Herzegovina in 1992 during the time relevant to the indictment against Momcilo Krajisnik. Dr Andras Riedlemayer indicates that the destruction of mosques and churches was systematic and planned. 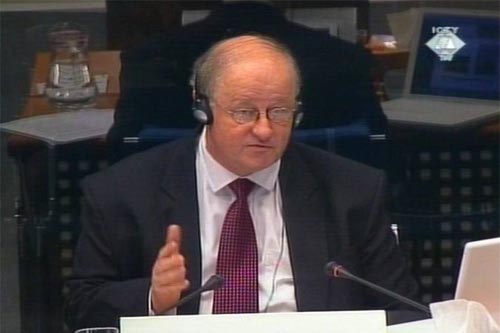 Andras Riedlmayer, witness at the Slobodan Milosevic trial
The destruction of Islamic and Catholic religious sites in Serb-controlled areas of Bosnia and Herzegovina in 1992 was “widespread and apparently systematic,” according to Andras Riedlemayer, a Harvard expert on Ottoman architecture in the Balkans, who presented a report on the destruction of the religious sites at the trial of Momcilo Krajisnik, who is charged with genocide and persecution of non-Serbs in Bosnia and Herzegovina in 1992.

In 20 municipalities of Bosnia and Herzegovina which Riedlemayer surveyed, “out of a total of 397 sites documented 334 were destroyed or damaged…approximately 85 per cent of damage or destruction took place in 1992.” Eleven of the 20 municipalities covered by the report are relevant to the Krajisnik case.

“Destruction mainly occurred at a time when there was no fighting, and the area was fully under the control of the Bosnian Serbs,” he said, adding that buildings in the vicinity of the religious sites were not damaged “which points to the conclusion that the destruction was intentional.” Riedlemayer noted that objects damaged as a result of age or natural causes were not included in the report.

Defense counsel Nicholas Stewart asked the witness about the methodology used in his work, for example, how he knew that the damage was done in 1992. The witness said he relied on statements by local residents and clerics and on photographic and written documents.

The defense counsel pointed out that the report was not always specific about which forces were responsible for the destruction of religious sites: the Yugoslav People’s Army (JNA), the Bosnian Serb military or police or some local forces. In the case of Foca, the witness’s report cited Bosniak sources as saying that the famous Aladza Mosque had been blown up by “Serb extremists”.

“You cannot state convincingly that it was done as part of a system,” the defense attorney said, suggesting that in the case of the Aladza Mosque it was done by “local extremists”. Riedlemayer, however, noted that it was not an isolated incident: “None of the 13 mosques in Foca exists anymore. Eleven of them were wiped off the face of the earth. … The city was not destroyed, only the mosques.” He added that the explosives and heavy machinery used to level the ground where the mosques used to stand are not things that can be used so many times without the approval of the local authorities.

At the suggestion of the defense that the information regarding the imprisonment, torture and murder of non-Serbs in places of worship goes beyond the scope of the report, the witness said that the information was relevant because the ill-treatment committed in places of worship, as well as their destruction, carried “symbolic” weight. He added that in towns in Republika Srpska, on the sites where the mosques stood earlier, usually in the town centre, now there are garbage containers or old car dumps. 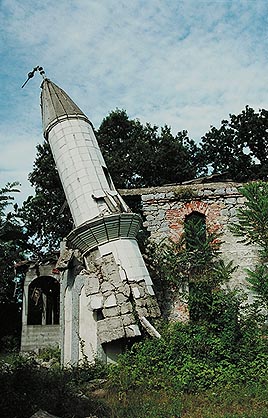