WHO WAS THE BEST-INFORMED?

The Presidency of the Serbian Republic of BH was the best-informed institution – it was in fact the body that gave information to other segments of the government, former deputy prime minister in the SR BH Government Milan Trbojevic 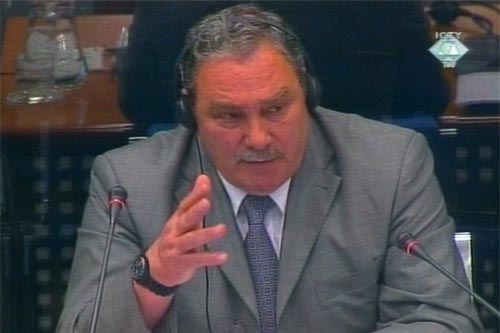 “The land was on fire, and we didn’t know what the ministers were doing,” the witness said. He was the deputy prime minister in the first cabinet of the Serbian Republic of Bosnia and Herzegovina. He spoke about this after he was asked by Krajisnik’s defense counsel Nicholas Stewart about which of the bodies in Pale was the best-informed.

The Presidency members were the best-informed, the witness explained, because they were in contact with the representatives of the international community, they went to Belgrade and received reports about the situation in the VRS through the defense minister. “They were the ones who passed on information to the other” segments of the government. Regarding communication with Belgrade, he said that “there were contacts with Milosevic”, that “the interior minister of the Serbian Republic of BH went to Belgrade to attend a meeting, and there were contacts in the military”.

The prosecutor – who is in the middle of his case – is trying to prove that Krajisnik was well-informed about the events on the ground and that he was one of the leaders of the persecution campaign against the non-Serb population in BH.