Witness Ramiz Dzaferovic, testifying at the trial of Enver Hadzihasanovic, former commander of the BH Army 3rd Corps, said that he could not rule out the possibility that there had been interrogations in the Zenica Music School building, but maintained that the allegations about detainee abuse were “terrible propaganda” 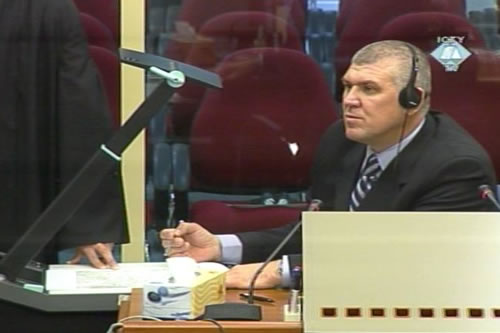 Ramiz Dzaferovic, defense witness for Hadzihasanovic
The then head of the Zenica municipal government claims that the allegations that were spread in 1993 about the abuse of detainees in the Music School building were “terrible propaganda”.

At the trial of Enver Hadzihasanovic, former commander of the BH Army 3rd Corps, headquartered in Zenica, witness Ramiz Dzaferovic said he could not rule out the possibility that there had been interrogations in the Music School, but maintained that the small building in the town centre could not have been a detention camp. Dzaferovic said that he was told in the 3rd Corps headquarters that the military police of the 7th Muslim Brigade were stationed there.

In the course of the prosecution case, several witnesses spoke about the abuse and beatings they had suffered in the school basement. Dzaferovic claims that “the Music School was open for anyone to visit”, which should prove that nothing illegal was going on in there. After the head of the European Community Monitoring Mission in Zenice Martin Garrod asked him in 1993 what was going on in the Music School, Dzaferovic “offered to take him to visit the building unannounced and see who they would find there, but Garrod refused”, as he said.

When asked by the prosecutor why the International Red Cross (ICRC) was banned from entering the Music School if the building was accessible to public, as the witness claimed, Dzaferovic responded that this was the first time he heard that ICRC was denied access to it. The prosecutor showed him two documents, from the European Community Monitoring Mission and the BH Army, stating that the ICRC was unable to visit the Music School, but the witness maintained that he was unaware of this.