Between 1992 and 1995, "plans" for the division of BH dating from the pre-WWII period "came to life," says a history expert witness testifying for the defense at the Hadzihasanovic-Kubura trial. The witness says throughout its history, Bosnia and Herzegovina managed to retain its integrity and "never did have ethnically defined territories" within its borders. 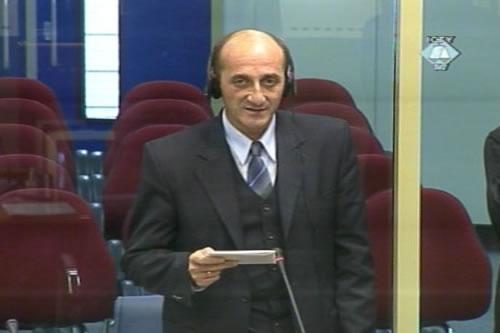 Zijad Sehic, defense witness for Hadzihasanovic
With the outbreak of the 1992-1995 war in Bosnia and Herzegovina, "plans" dating from the pre-WWII period "came to life": this was the period when Bosnia and Herzegovina was partly given to the Croatian Banovina and partly to the "Serb lands" territory that was in the making, Sarajevo historian Zijad Sehic noted in his expert report. It was drafted at the request of defense lawyers for General Enver Hadzihasanovic and Brigadier Amir Kubura.

Sehic testified that in the time of the Kingdom of Yugoslavia, the territory of Bosnia and Herzegovina, as defined in the 17th century, was broken up for the first time, to be divided among four banovinas, or provinces. Then in 1939, an agreement between Serbs and Croats created the Croatian Banovina, which covered a substantial part of BH. All the territories left out should have become part of the "Serb lands," Sehic said, concluding that "parallels can be drawn in history" between those events and the 90's war: in both periods, the Muslim population saw autonomy for BH as a way out.

The witness added that throughout its history, Bosnia and Herzegovina has mostly managed to maintain the integrity of its territory – as a pashalik in the Ottoman Empire, as a corpus separatum within the Austro-Hungarian Monarchy, as a separate whole in the early days of the Kingdom of Yugoslavia, and after WWII, as a republic within the SFRY, with three equal constituent peoples.

“Bosnia never did have ethnically defined territories" within its borders, the witness stressed, concluding that the division on ethnic criteria – started in 1991 and 1992 with the declaration of the Serb and Croat autonomous regions – "could only have been implemented with violence." Sehic adds that "never before had there been such devastation of cultural and religious monuments in an effort to eliminate the roots and any evidence of the existence of other ethnic groups" in Bosnia and Herzegovina.

Sehic, a history professor at the Sarajevo Faculty of Philosophy, is the first expert called by the defense of Enver Hadzihasanovic, former BH Army 3rd Corps commander. During its case, the defense will call several other expert witnesses, including experts on constitutional law and military matters.