THE ACCUSED DOING HIMSELF MORE HARM THAN GOOD

Vidoje Blagojevic, former commander of the Bratunac Brigade who is accused of crimes in Srebrenica, demands to testify at his own trial 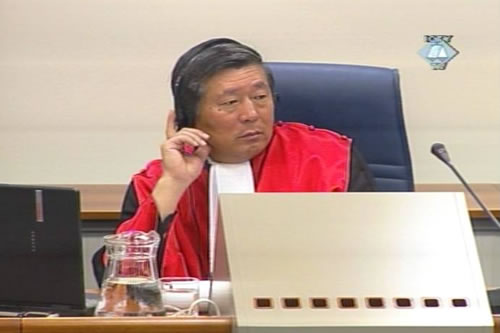 Liu Daqun, judge in the Tribunal
At the second Srebrenica trial, the defense case is drawing to a close in somewhat strange circumstances: the accused, Vidoje Blagojevic, refuses to communicate with his defense counsel, American lawyer Michael Karnavas, and demands to testify at his own trial "in the interests of truth and justice."

Judges have already admonished Blagojevic two times that, although he has the right to testify in "the case against him," they are not likely to approve his demand before they are satisfied that he is aware of "all the possible consequences of such testimony," which might be prejudicial to him. The Chamber has therefore advised the accused to meet and consult with his lawyer. So far, Blagojevic has refused to do so.

Blagojevic has been trying in vain for over a year to have Karnavas replaced by another lawyer, calling him the "person who was imposed on him to defend him." But the Registry, the Trial Chamber and finally the Appeals Chamber have rejected all his requests, ruling that the accused failed to state "justified and valid reasons" for his defense counsel to be replaced.

At a special hearing to deal with Blagojevic's request that he be allowed to testify, Presiding Judge Daqun presented the accused with three options. The first is to remain silent, because, as the judge told him, "it is not up to him to prove his innocence," but up to the prosecution to prove his guilt. The Judge added that the Trial Chamber does not find it at all negative or prejudicial to the accused if he decides to avail himself of his right to silence.

The second option for Blagojevic is to address the chamber in a statement, either under oath or not. Without the solemn declaration, the statement is given less weight, but the accused is not exposed to cross-examination. However, if he takes the solemn declaration, he will have to answer questions asked by the prosecution in cross-examination and any questions from judges.

Finally, the third option is to testify, under oath, which means his lawyer would be conducting the examination-in-chief, followed by cross-examination by prosecutors and questions from the bench.

No matter which option he chooses, Judge Daqun explained, it is essential that the accused consult his lawyer and that the Trial Chamber be satisfied that the "accused is fully prepared to appear as a witness."

"Every incriminating statement you make may be used against you," the judge warned him and delivered the Chamber’s decision that Blagojevic "must speak with his defense counsel." Judges demand that they be given a report on the outcome of their meeting by 7 July.

"Decide what you want, but do not make me meet with Karnavas. I will never meet with him," said Blagojevic, making it quite uncertain that he will ever be allowed to appear as a witness at his own trial. "Mr. Blagojevic, I will not quarrel with you. A decision is a decision," the judge said and adjourned the hearing. 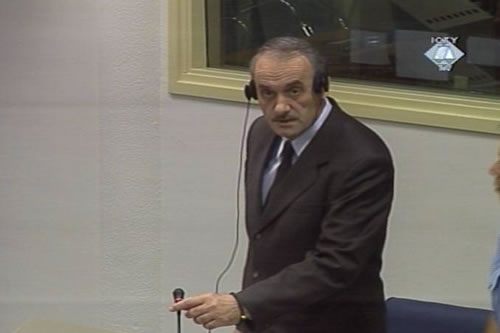