The defence for General Pavle Strugar challenges the findings of the UNESCO expert team that assessed damage to the Old Town of Dubrovnik caused by shelling, pointing out that the site investigation records showed as many as six investigations were carried out in only 33 minutes in various locations in town. 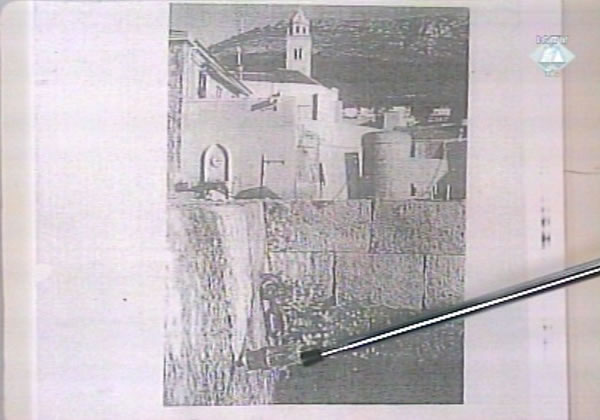 Photo of the damged old city walls in Dubrovnik
In its cross-examination of historian and UNESCO expert Dr. Colin Kaiser, the defence for General Pavle Strugar continued to challenge the validity of the reports on damage to the Old Town of Dubrovnik during the shelling of 6 December 1991.

The defence claims that most of the buildings in the Old Town were hit because there were military targets in their immediate vicinity – Croatian Army mortar and artillery positions. The witness, who spent several years in Sarajevo as UNESCO’s representative, was asked whether military targets were "seldom" placed next to protected buildings. Kaiser agreed "it was a major problem in urban areas," adding that there "are numerous examples of such locations being put to such use inside the town.”

In November and December 1991, Kaiser was the leader of the team that listed and assessed the damage caused during the three-month shelling of Dubrovnik. The expert team was tasked with, among other things, determining whether there was enough evidence to prosecute war crimes and identify the perpetrators.

The defence for General Strugar, however, claims that the damage to buildings could not have been determined as fast as the times listed in the records dated 9 December 1991 indicate: According to the records, the investigation for six buildings that were hit was conducted within 33 minutes. But the witness claims that the times listed in the records showing that some investigations and damage assessments were carried out in just three or six minutes were just a "rough time estimate."

The preliminary damage report, as Kaiser testified when asked by the prosecutor, was done on the basis of damage assessments done on-site, and they in turn were based on the "presumed monetary value of the damage." Kaiser also confirmed that prior to his arrival in Dubrovnik, he did not have any experience in assessing damage to buildings.

According to the report of the Institute for the Protection of Cultural Monuments, made in January 1992 in collaboration with UNESCO, 563 out of a total of 824 buildings in the Old Town were hit in the shelling in 1991 and 1992. Six buildings burned to the ground. In a 1993 report, the total damage was valued at almost ten million dollars.

Quoting Kaiser's report, defence counsel Petrovic said that whenever UNESCO experts saw more than two soldiers, they reported that to Nikola Obuljen, the civilian commander of the Dubrovnik Crisis Staff, who would then make sure that the soldiers left the Old Town. The defence also showed a still photograph taken from a videotape the prosecution obtained from Ivo Grbic, who had testified previously. It showed a civilian pushing a shell into a mortar.

The witness explained that as a member of the expert team, he did not have any contact with the Croatian army, did not monitor what the soldiers were doing, and did not see any civilians with weapons or mortars in the Old Town while he was there.

During re-examination, the prosecution tried to challenge the defence's claims, stating that all the damage listed in the indictment was caused on 6 December 1991. To illustrate that point, prosecutors showed a picture of an unexploded shell stuck in the walls of the Old Town. Kaiser confirmed that the photograph had indeed been taken on 6 December. The defence objected vehemently that the witness "did not remember 30-odd reports he had made, yet he remembered a photograph for which it is unclear when it was taken.”

However, the witness stated categorically that he remembered having seen that scene on 6 December 1991--the day the shelling of the Old Town, with which the commander of the JNA Dubrovnik operation General Pavle Strugar is charged, was most intense.