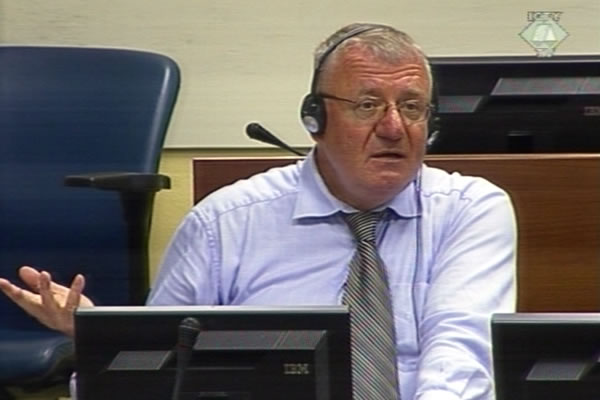 The Serbian Radical Party leader Vojislav Seselj is currently awaiting the Trial Chamber’s decision on possible provisional release pending his trial judgment. In the meantime, Seselj has asked the Tribunal to compensate him for 135 months of ‘groundless detention’; he wants 12 million euros. In a lengthy motion - over 50 pages long - made public today, Seselj arguments his demand in great detail. He already presented the demand in his closing argument. His arguments center on the damage he has sustained in the 11 years of his ‘groundless detention’. Seselj is now in detention as he awaits the judgment on the indictment for the crimes against humanity in Vojvodina, Croatia and Bosnia and Herzegovina from 1991 to 1993.

In his motion, Seselj argues that the ‘entire case’ against him ‘from the first day of my detention and the pre-trial stage to 1 June 2014” is tantamount to ‘tort’ which requires the payment of damages. Seselj invokes the provisions of international acts on the protection of human and civil rights and freedoms as well as the provisions of the Tribunal’s Statute and Rules on the expeditious trial, unbiased judges and the right of the accused to a ‘trial without unnecessary delays’.

In Seselj’s view, he has the right to be compensated for both financial and non-financial damage he has incurred. That includes lost income in Serbia from his MP salary, lump sum remunerations, and per diem allowances. Also, Seselj wants compensation for ‘lost profit’, unused benefits stemming from employment, lost contributions for pension and disability insurance and costs incurred by visits of his family members and legal advisors. Seselj notes that his health has deteriorated in the course of his detention. He has suffered mental anguish after he was put in custody without any grounds, because of restricted life activities, defamation caused by ‘untrue allegations’ made with a view to removing him from political life in Serbia. Consequently, Seselj wants damages for various violations of his human rights and liberties.

Seselj has dedicated a whole paragraph to the stress he has suffered in the detention, ‘weighed down by worries and anxiety over what the ICTY has in store for me’. Seselj asks rhetorically, ‘why is it that other cases are brought to an end and mine is nowhere near completion’. Also, Seselj notes that his reputation as a ‘public figure, politician, university professor, the president of the Serbian Radical Party, an MP, crime fighter and advocate of truth, the keeper of Serbian national interests, a parent, neighbor, friend and human being’ has suffered because of his groundless detention.

The Tribunal has dismissed all the previous compensation claims filed by the accused who have in the meantime been acquitted the crimes they were indicted for.