The Appeals Chamber has dismissed Slobodan Praljak’s motion for the proceedings against him to be suspended until he receives the trial judgment and other documents relevant for the appellate proceeding ‘in a language he understands’. The judges have decided to assign counsel to Praljak in ‘the interest of justice’. The costs of providing Praljak with legal representation will be added to Praljak’s current debt to the Tribunal of 2.8 million Euros 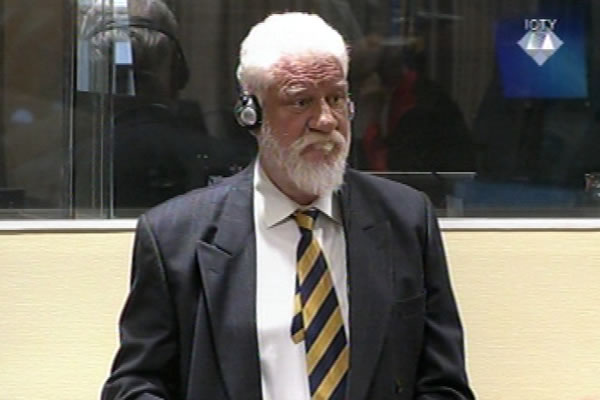 Judge Theodor Meron's Appeals Chamber has dismissed Slobodan Praljak’s latest motion to stay the proceedings against him until he receives ‘in a language he understands’ all the relevant documents including the trial judgment from May 2013. The Trial Chamber sentenced Praljak to 20 years in prison for the crimes in Herceg Bosna. At the same time, the Appeals Chamber has ordered the Registry to assign counsel to Praljak ‘in the interest of justice’ until the end of the appellate proceedings.

The Appeals Chamber notes in its decision that the translation of the documents into a language the accused understands would require considerable resources and a number of years to complete. The Trial Chamber recalls that the trial of Praljak and five other former Herceg Bosna leaders raised complex legal and factual issues in relation to the crimes committed in eight BH municipalities in 1993 and 1994. The Trial Chamber sentenced Praljak to 20 years, the Appeals Chamber notes, for a number of crimes including grave breaches of the Geneva Conventions.

The decision stresses that Praljak does not possess the legal education and experience he would need in order to be able to represent himself adequately in the appellate proceedings. Unlike other accused who have decided to represent themselves, Praljak doesn’t have access to any form of legal assistance. The accused cannot be expected to deal in an adequate and timely manner with the complexities of tasks in the appellate proceedings. Bearing in mind these specific circumstances and the fact that the accused has repeatedly asked for legal counsel, the Appeal Chamber concluded that Praljak should not be allowed to represent himself.

The Appeals Chamber notes that only the accused with insufficient means to pay for their counsel are entitled to free legal assistance: Praljak isn’t one of them. Since it has been established that Praljak has sufficient means he will have to reimburse the Tribunal the amount of 2.8 million Euros paid from the legal aid fund to his defense team. Praljak will also have to reimburse the new cost related to his defense.

In the course of its enquiry, the Registry has determined that Praljak has at least 6.456 million Euros and was able to pay costs incurred in his defense. The Appeals Chamber dismissed all the appeals filed by the accused Praljak against those decisions, and he was ordered in mid-May 2014 to pay back 2.8 million Euros to the Tribunal for his defense in 90 days time, or alternatively to settle his debt in installments over three years.