Radivoje Miletic’s conviction is based on uncorroborated facts, legal errors and false evidence of General Manojlo Milovanovic, the defense stressed in its oral arguments. In the appeal, the defense has contested all the charges against the former chief of operations in the VRS Main Staff. Miletic was sentenced to 19 years for the crimes in Srebrenica 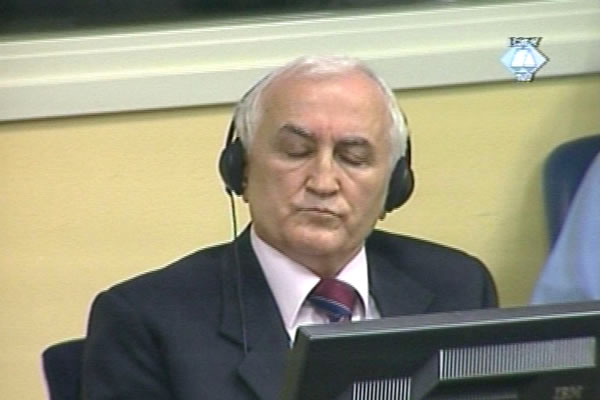 In the trial judgment, the judges made ‘serious errors in law and fact’ in their findings related to General Radivoje Miletic, and the conviction of the former chief of operations in the VRS Main Staff could well be quashed in its entirety, defense counsel Natasa Faveau said as she presented the appeal.

The trial judgment found Miletic guilty of murder, persecution and inhumane acts consisting of forcible transfer. Miletic was sentenced to 19 years. The Trial Chamber concluded that Miletic played a significant role in the drafting of Directive 7. In March 1995, Radovan Karadzic signed the directive in the capacity of the supreme commander of the RS armed forces. Since the directive called for the creation of ‘conditions of total insecurity with no hope of further survival’ for the population of the Srebrenica and Zepa enclaves, the trial judgment defined it as a ‘criminal plan’.

Miletic didn’t deny that he had played ‘a role in drafting this directive’ but claimed that he didn’t attend the meetings where RS defined its policy. Also, Miletic argued that he didn’t attend the meeting on 17 March 1995 when Radovan Karadzic discussed Directive 7 with Mladic’s assistant for security Zdravko Tolimir and chief of the Main Staff Manojlo Milovanovic. Milovanovic was Miletic’s direct superior. The Trial Chamber erred when it didn’t take that meeting into account when determining the facts about Directive 7. Also, the Trial Chamber was wrong when it relied on the evidence of Manojlo Milovanovic, who described Miletic as the ‘soul of the Main Staff’, saying that all operational data passed through his hands. ‘It was clear to everyone that Milovanovic tried to exonerate himself and that he lied’, said defense counsel Faveau.

Although the Trial Chamber found it was impossible to establish precisely who edited Directive 7, it nevertheless blamed Miletic for the ‘criminal intent’ to implement its ‘unlawful parts’ and create ‘an unbearable situation’ for the population of Srebrenica and Zepa, Faveau stressed. Also, despite the evidence that humanitarian aid convoys heading into the enclaves were used to bring in illicit goods, the Trial Chamber ruled that the restrictions coordinated by Miletic and implemented by the VRS were linked only with Directive 7. In the defense’s view, that and other findings incriminating Miletic were based on uncorroborated facts.

‘Radivoje Miletic is trying to shift the blame on his superiors’, the prosecution stated in its response to the defense’s oral arguments. The prosecution urged the Appeals Chamber to reject Miletic’s appeal. According to the prosecution, the Trial Chamber correctly assessed Miletic’s role in the joint criminal enterprise bearing in mind his involvement in the effort to ‘plan the crimes, restrict the humanitarian aid and coordinate the operations in the Main Staff’.

As indicated today, Radivoje Miletic waived his right to attend the appellate hearing. The reason for Miletic’s absence in the courtroom was not disclosed.

The appellate hearing continues tomorrow with the oral arguments of the prosecution. The prosecution has also appealed against the trial judgment of the five VRS officers convicted for the Srebrenica crimes.