A PROPER LESSON TO ‘OLDER BROTHER’

Charles Taylor’s judgment rendered last week by the Special Court for Sierra Leone was a real lesson for its ‘older brother’, the International Criminal Tribunal for the former Yugoslavia 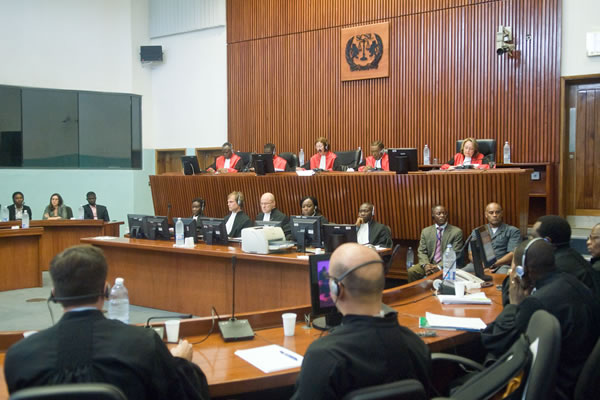 The Appeals Chamber of the Special Court for Sierra Leone

Once upon a time, not so long ago – only a year or two – the Tribunal for the former Yugoslavia was held up as an unattainable ideal for all the other international criminal courts: ad hoc tribunals, special and mixed courts, and indeed for the International Criminal Court. Then, almost overnight the ICTY became an ‘ugly duckling’ of international criminal justice, the subject of criticism and ridicule, not only among its opponents. Its erstwhile supporters, mainly human rights activists and humanitarian law NGOs throughout the world, and war crime victims’ associations in the region, were just as disaffected. And then, last week, the ICTY’s ‘younger brother’ – Special Court for Sierra Leone (SCSL) – gave the Tribunal a proper lesson.

The Appeals Chamber of the SCSL in its Judgement on the conviction of Charles Taylor unanimously and utterly rejected the ICTY highly controversialinjection of a “specific direction” requirement into the form of criminal responsibility known as Aiding and Abetting in fully acquitting Momčilo Perišić earlier this year. The Taylor Appeal Judgement, delivered 26 September, upheld the judgement and 50-year sentence handed down by the Trial Chamber in April 2012 for war crimes and crimes against humanity. The SCSL Appeals Chamber, which is required by its statute (also created by the UN Security Council) to be guided by decisions of the ICTY Appeals Chamber, found significant fault with the Perišić appeal analysis in bold and pointed language.

To recap the Perišić appeal, the Appeals Chamber presided by Judge Meron, set aside years of ICTY precedent on whether it was necessary to show that the assistance (or aiding and abetting) given by an accused toward the crimes with which he is charged must be “specifically” – rather than “in some way” – directed. Several ICTY appeal judgements, especially Brđanin, Krstić, and Blagojević and Jokić, had found that such specific direction was not a necessary element of proof, and that an accused’s acts need only have a substantial effect on the commission of the crimes with which he is charged. Meron’s Chamber (except for Judge Liu), in a judgement known more for its brevity than its analysis, returned to the well-worn pages of the Tadić appeal judgement to discover – as though it held some secret wisdom long hidden from the eyes of lesser judges – crucial language which imposed a specific direction requirement.

As we have noted earlier, the Perišić appeal judgement was no aberration in terms of judicial “creativity”, but only the final chapter of the ‘Meron Trilogy’ overturning trial chambers in both the ICTY and ICTR in Gotovina and Markač (Judges Fausto Pocar and Carmel Agius dissenting) and Mugenzi and Mugiraneza (Judge Liu also dissenting) to the tune of 129 years confinement for serious violations of international humanitarian law in the former Yugoslavia and Rwanda.

Enter the SCSL Appeals Chamber, five international and independent Appellate Justices including Presiding Judge George Galaga King of Sierra Leone and an American judge of no small distinction in international courts, Justice Shireen Avis Fisher, formerly of the War Crimes Chamber in the Court of Bosnia and Herzegovina. This Chamber spent at minimum 25 pages (compared to a mere few pages in the Perišić appeal) analysing at length the issue of “specific direction” as a non-requirement of Aiding and Abetting law. Here are the key passages forthose who prefer to consult the direct text: paragraphs 362-385 and 466-486 of the unanimous decision, and then paragraphs 709-721 of the Concurring Opinion by the women judges, Justice Fisher, joined by Justice Renate Winter.

To summarise, the Taylor Appeal Chamber considered the Meron-led Perišić appeal judgement to be no more than “persuasive, not binding, authority”, meaning it did not have to legally follow it, but was free to use its own reasoning. It then found, in five stunning paragraphs (476-480) that the “Perišić Appeals Chamber did not assert that ‘specific direction’ is an element under customary international law” (customary international law being the gold standard of international law at large), noting that the phrase “customary international law” does not even appear in the Meron-led Perišić appeal judgement, apart from Judge Liu’s dissent. This was a heavy blow, but only the first of many blows. For example, that the ICTY Appeals Chamber has not conducted a “clear, detailed analysis” of the authorities supporting the conclusion that “specific direction” as an element of aiding and abetting under customary international law. This was followed by many instances of “not persuaded”, “further not persuaded”, “does not agree”, and a not-so-ringing endorsement of Meron-led ICTY law as “novel”.

The SCSL Appeals Chamber found further that the Tadić Judgement not only ignored customary international law, but that “its discussion of aiding and abetting was limited to explaining the differences between aiding and abetting liability and joint criminal enterprise liability” and therefore useless for the novel purposes of Perišić Appeals Chamber.

The SCSL Appeals Chamber considered the ICTY failure to apply customary international law to the question of “specific direction” as just another form of judicial creativity, recalling the words of former ICTY Judge Shahabuddeen of Guyana that “the danger of legislating arises not only where a court essays to make law where there is none, but also where it fails to apply such law as exists; the failure may well be regarded as amounting to judicial legislation directed to repealing the existing law”.

The Concurring Opinion of Justice Fisher, joined by Justice Winter, particularly found it to be an affront to international criminal law the Defence suggestion that “the Judges of this Court would be open to the argument that we should change the law or fashion our decisions in the interests of officials of States that provide support for this or any international criminal court”. This is exactly is what Perisic’s defence openly suggested in the appellate proceedings, but the majority - with notable exception of Judge Liu - did not felt offended but, on the contrary, showed that it was indeed open to such arguments.

What it will mean for the remaining ICTY appeals cases remains to be seen. Cases yet to be decided by the ICTY (and even the so-called MICT) Appeals Chamber will undoubtedly include issues of aiding and abetting responsibility. While the Taylor Appeals Judgment will not be binding on ICTY appeals judges, it will be hard to deny the persuasive effect of its thorough and detailed analysis under binding customary international law, what the Perisic Appeal Judgement failed to undertake. 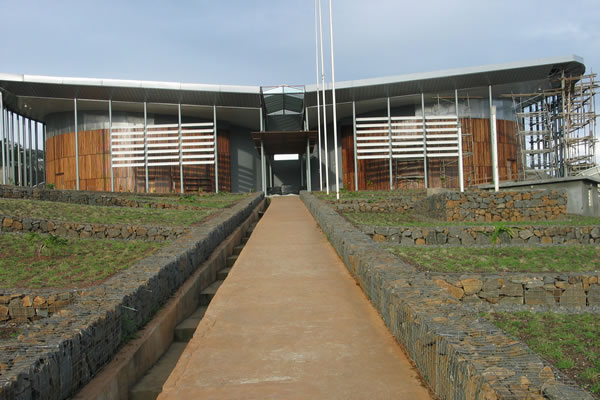