UNPREDICTABLE OUTCOME OF THE HAGUE 'CONCLAVE’

The factors that may influence the outcome: the electoral body, cumulation of presidential functions, dissatisfaction of the Chambers Legal Officers with the way the Tribunal is managed, unwritten rule of alternating legal systems and, last but not least, the age of candidates 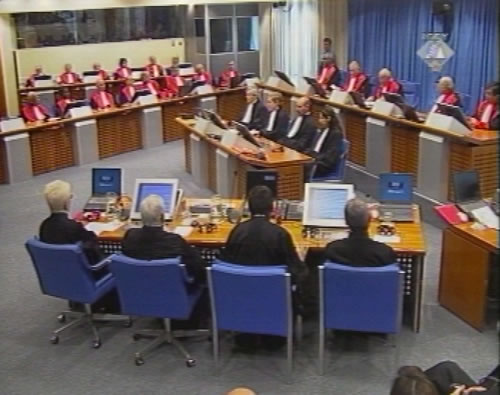 The outcome of presidential elections at the Tribunal is as difficult to predict as the papal conclave in Rome. In both cases, there are no betting tips or pre-election polls to show which way the voters are leaning: cardinals in Vatican and the permanent judges in the Tribunal. There are 18 “voters” in The Hague at the moment but they may be joined by Judge Niang from Senegal before the elections as he has recently been appointed to replace Judge Vaz.

The election campaign, the lobbying and the ‘friendly persuasion’ are ongoing,no doubt of that, but away from the public eye: in one on one meetings, or behind the closed doors of the offices of judges and diplomats in The Hague, Arusha, New York and who knows where else. From time to time, some information leaks out, never from the judges but from the diplomats and journalists. As it is impossible to verify the information, it is better not to use it. Let’s look at some of factors that may sway the voters instead.

ELECTORAT: At first glance, the fact that most of the voters sit on the Appeals Chamber (11 out of 19) appears to give an edge to the Meron ticket. It would be reasonable to assume that the appellate judges are more or less in regular contact by nature of their job with their colleagues Meron and Agius and little or no contact with judges Kwon and Orie who are trial judges in the cases against Karadzic and Mladic, the two major ongoing trials. They are probably too busy to socialize with their colleagues from the Appeals Chamber. They had no opportunity to get to know each other better at the plenary meetings, since there has been just one in the past two years

DOUBLE PRESIDENCY – The fact that Judge Meron will remain the president of the so-called Mechanism for International Criminal Tribunals (MICT) until March 2016 regardless of the outcome of this election could militate in his favor. The appellate proceedings in the pending cases at the two tribunals, for the former Yugoslavia and Rwanda, will be completed by the Mechanism. The MICT president will elect and appoint the judges to the appeals chambers that will deal with the remaining cases in The Hague and Arusha.

BOOMERANG EFFECT – However, the very fact that Judge Meron currently wears two presidential hats, could come back like a boomerang, particularly in light of the current discontent with the way in which the ICTY downsizing and the recruitment of the staff at the MICT have been managed. According to a survey of the Chambers associate legal officers, they almost unanimously considered that this has been handled in an ‘unfair and non-transparent’ way. The slump in the morale has been attributed to the ‘absolutist management style’ of the President and his office. The respondents have claimed that the Tribunal is rife with nepotism, double standards, arrogance and constant changing of the ‘rules of the game’.

It is not clear, however, to what extent the discontent among the legal officers has attracted attention of the judges they work for, and if the judges share their opinion on the way the Tribunal has been managed in the past two years.

ABERRATION – The unwritten rule, strictly respected in the first 18 years of the Tribunal’s history, would dictate that it is Judge Kwon 'turn' now, because he comes from a country with civil law system. For 18 years, the judges from the two legal systems – civil and common-law – took turns at the post of the president. The first president, Italian judge Cassese, came from the civil law. The US judge McDonald, from the common-law system, came next. The French judge Jorda came from the civil law legal system, and so on... until the 2011, when the Jamaican judge Robinson was replaced by another judge from the common-law system, Judge Meron. That was Meron’s second term of office, and the first deviation from the unwritten rule of alternation. On 1 October, we will see if the rule will hold true or not.

EQUAL AND ‘MORE EQUAL’- The first information about the alternative candidate on the next presidential elections was published on 14 June 2013 in the New York Times. The article notes that ‘roughly half of the judges feel very uncomfortable’ about the change in the Tribunal’s course and would prefer to vote for another candidate. It is impossible to establish from the outside if the discomfort among the judges has waned or increased since then. However, we cannot rule out a tied vote, 9:9, if the number of voters remains even.

It is very interesting to look at what happens in that case. As stipulated by Rule 17 of the Tribunal’s Rules of Procedure and Evidence, ‘all Judges are equal’. Some, however, are more equal than others, because they have ‘precedence’. According to Rule 17, judges shall take precedence according to the dates of their election or appointment at the Tribunal. Since all four candidates have been elected in 2001, this rule will not be of any assistance in these elections. If they have the same length of service, the judges shall take precedence according to age, Rule 17 further stipulates.

The combined age of the incumbent president and vice-president is 151: Judge Meron is 83 and Judge Agius is 68. In that respect, they are substantially ‘more equal’ than the two 'youthful sprigs', Kwon (60) and Orie (66), who together have clocked up mere 126 years. Old age is not seen as an obstacle for the duties of the president (or 'double president'), therefore. In the case of the Tribunal, it counts as a significant bonus, but only if you are a judge, since some top ICTY prosecutors were forced to retire when they turned 65. But that's another story.

This brings to a close our pre-election serial and marks the beginning of the electoral silence until Tuesday, 1 October 2013.