WHAT HAPPENED TO AVDO PALIC AFTER VANEK’S MILL?

In August 1995, former commander of the BH Army Zepa Brigade was transferred to the military detention facility of the Eastern Bosnia Corps. In the night of 5 September 1995, an officer from the intelligence and security sector in the VRS Main Staff took Palic from the detention unit. Colonel Milenko Todorovic, who was the security chief in the Eastern Bosnia Corps, confirmed this as he continued his evidence at the trial of Zdravko Tolimir 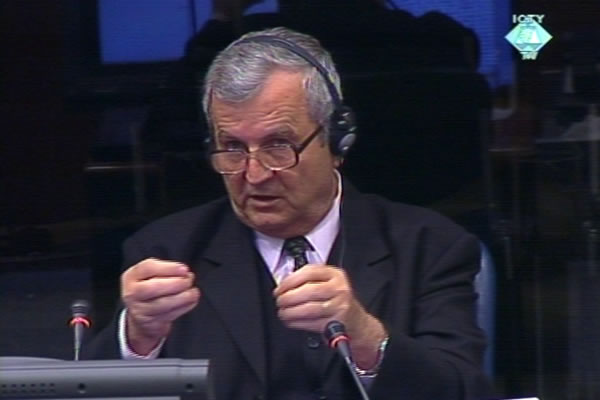 The remains of Avdo Palic, commander of the BH Army in Zepa, were discovered in the village of Vragolovi near Rogatica in August 2009, 14 years after he disappeared without a trace after he was captured by the VRS. With the evidence of the former chief of security and intelligence in the VRS Eastern Bosnia Corps, the prosecution is trying to prove that Palic and two other members of the war presidency in Zepa, Mehmed Hajric and Amir Imamovic, were murdered and that Zdravko Tolimir, who was Mladic’s assistant for security in the VRS Main Staff, is responsible for those murders.

Palic’s code name as a prisoner of war was ‘Atlantis’, Colonel Todorovic confirmed rather unwillingly after the prosecutor showed him a letter of 10 August 1995, signed by the chief of security in the VRS Main Staff Ljubisa Beara, ordering the transfer of ‘Atlantis’ from the Rogatica detention unit to the military detention facility of the Eastern Bosnia Corps. This facility was known as Vanek’s Mill (Vanekov mlin) and was located in the military barracks in Bijeljina.

Todorovic claims he did not learn that the prisoner was actually Avdo Palic before the night of 5 September 1995, when the detention unit warden Milan Savic called Todorovic on the phone telling him that ‘a major Pecanac’ from the VRS Main Staff had come to take Avdo Palic but refused to sign the paper confirming this. ‘Pecka’, as the witness called Pecanac, couldn’t explain why he didn’t want to sign the document. Todorovic claims he told Pecanac that if he refused to sign, he couldn’t take Palic away. Major Pecanac then signed the ‘receipt’ and took Palic from the prison in Vanekov mlin. The timeline of events leading to the burial of the commander of the Zepa fighters in a grave in Vragolovi near Rogatica is broken again at this point. Major Dragomir Pecanac was a security officer in the intelligence and security sector in the VRS Main Staff. General Tolimir was chief of that department.

The accused general dedicated the first part of his cross-examination to the issues related to the outbreak of the conflict in Slovenia in late June 1991, when Todorovic was a JNA officer in Maribor. The presiding judge repeatedly asked the accused about the relevance of that line of questioning, as the indictment against him pertains to July 1995. Tolimir nevertheless insisted that the Federal Republic of Yugoslavia is ‘unfairly blamed’ for sending its officers to the VRS although the officers volunteered to serve in it, like Todorovic did. Todorovic was forced to leave Maribor in June 1991 and then joined the VRS voluntarily two years later.