WHAT HAPPENED TO MORE THAN 1,000 PRISONERS?

Immediately after the fall of Srebrenica, the then chief of security in the Eastern Bosnia Corps received an order from the Main Staff to prepare the accommodation for more than 1,000 Muslim prisoners who would arrive in the Batkovic prison camp. As the prisoners never showed up, the chief of security called the Main Staff. General Tolimir told the security chief to stop preparing the accommodation because this ‘idea had been abandoned’. It seems that the men who never reached the Batkovic prison camp ended up at some of the Srebrenica execution sites 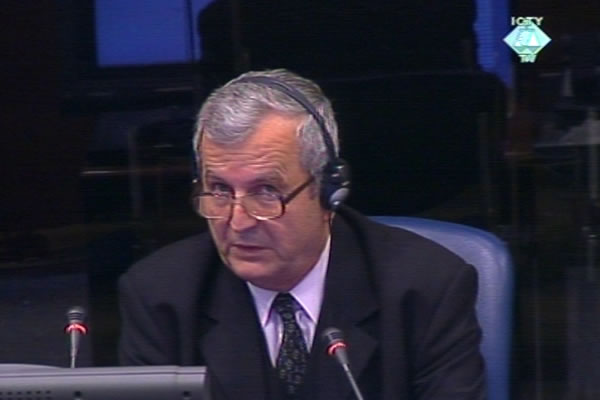 In July 1995, Milenko Todorovic was the chief of security and intelligence in the VRS Eastern Bosnia Corps. The prison camp Batkovic near Bijeljina was in Todorovic’s area of responsibility. Prisoners of war, mostly BH Army soldiers, were held in the Batkovic camp before they were exchanged for captured VRS soldiers.

In his evidence at the trial of Zdravko Tolimir, Mladic’s former assistant for security and intelligence in the VRS Main Staff, witness Todorovic confirmed that he received an order immediately after the fall of Srebrenica, in mid-July 1995, to prepare the accommodation of more than 1,000 prisoners who were to be transferred from the Zvornik area to Batkovic. Todorovic didn’t contest the fact that he had been given this task, but claimed that he didn’t know how he ended up getting it.

According to the prosecution, the telegram arrived from the Security and Intelligence Administration in the VRS Main Staff and was signed by general Tolimir. The telegram was not saved, and Todorovic said that he could confirm ‘with 90 percent certainty’ that it was a telegram. Describing his subsequent activities related to the task he had received, Todorovic said that he ‘showed the whole’ telegram to his commander Novica Simic.

Todorovic described how as soon as the word leaked of an influx of a large number of prisoners, the families of captured VRS soldiers put a lot of pressure on the command to organize an exchange as soon as possible. However, the prisoners never arrived in the Batkovic prison camp. The witness was ordered by his commander to call the Main Staff to enquire where they were. General Tolimir told him to ‘stop preparing their accommodation because the idea had been abandoned’, the witness recounted.