REMOVAL OF PEOPLE FROM ZEPA WAS NEITHER VOLUNTARY NOR ACCIDENTAL

In his evidence for the prosecution at the trial of Zdravko Tolimir, former UNPROFOR civil affairs officer Edward Joseph contends that the removal of the Muslim population from Zepa was the objective of the VRS operation launched in July 1995, and not its accidental consequence 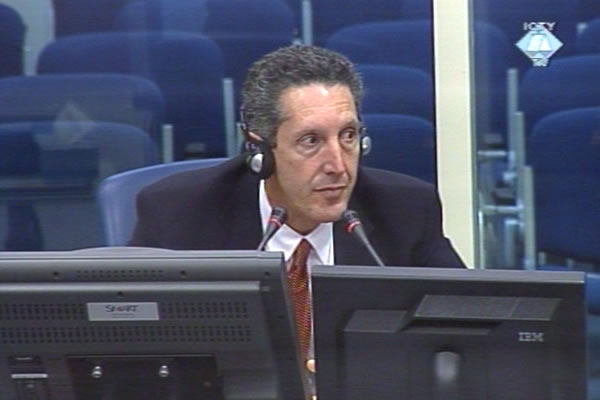 In his cross-examination of prosecution witness Edward Joseph, the accused Zdravko Tolimir contended that Bosniaks in fact thwarted the agreement on the voluntary surrender of soldiers and the evacuation of the people from Zepa in July 1995.

The agreement that was reached, according to Tolimir, between ‘the legitimate representatives’ of Bosniaks on the one hand, and himself and General Mladic on the other hand on 19 July 1995 collapsed because of an attack launched by the BH Army the next day on the UNPROFOR Ukrainian Battalion. The BH Army was able to seize substantial quantities of weapons and military equipment.

The witness could neither confirm nor deny the claims of the accused that the Bosniaks attacked UNPROFOR. As he explained, he was not in a position to determine to what extent that attack affected the fate of an agreement. Every attack on UNPROFOR, launched by any of the sides, represented a violation of the basic agreement on the establishment of protected zones, Joseph added.

In the re-examination, prosecutor Nelson Thayer revisited the issue, showing the witness his report on the situation in Zepa of 19 July 1995. In the report, Joseph said that the ‘VRS continued shelling the protected zone and the civilian population there’. The witness confirmed he received the information from the Ukrainian blue helmets in the field and that he himself heard the shelling when he was at the UNPROFOR check point in Boksanica.

After Joseph completed his evidence, protected witness PW 018 took the stand at the Tolimir trial. In July 1995, the witness survived an execution near the village of Nezuk. The witness had been captured while trying to get through to the territory under the BH Army control.