PRLIC IS ‘INNOCENT’ AND STOJIC IS ‘OFFENDED’

The defense of the former Herceg Bosna prime minister contends in the closing arguments that Jadranko Prlic is ‘innocent and should be acquitted’. The defense of the former head of the Department of Defense, Bruno Stojic, insisted that he ‘never was a nationalist’. Stojic’s defense lawyers said they were offended by some claims made by prosecutor Kenneth Scott in his closing arguments 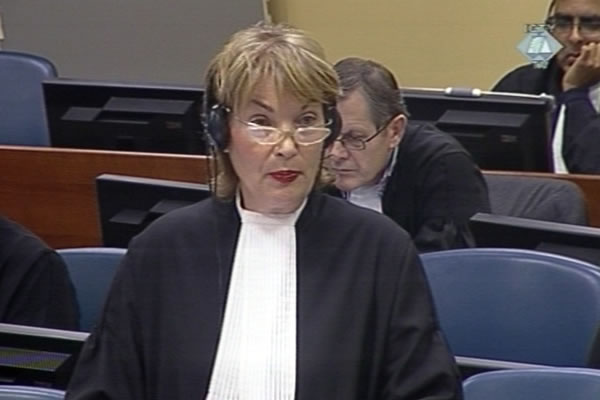 Former Herceg Bosna prime minister Jadranko Prlic is ‘innocent and should be acquitted’, Prlic’s lawyer Michael Karnavas said in his closing arguments. According to the defense, the prosecution failed to present evidence proving beyond reasonable doubt that Prlic was guilty of the charges in the indictment. Prlic and five other Herceg Bosna leaders are charged with taking part in the joint criminal enterprise aimed at establishing a Greater Croatia. Crimes against Muslims were committed as part of the joint criminal enterprise in Central Bosnia and Western Herzegovina in 1993 and 1994.

Karnavas challenged the evidence presented by international witnesses called by the prosecution who said that Prlic was devoted to the idea of dividing BH and that he implemented it with his actions. Those foreigners ‘came to Herceg Bosna with preconceptions’, Karnavas argued. All of them were told as soon as they arrived in Zagreb ‘here, this is the map where you can see the self-proclaimed state that implements ethnic cleansing’, Karnavas noted. They repeated it like a ‘mantra’, first in their reports and later in their testimonies at the trial, Karnavas added.

On the other side, the defense would like the Trial Chamber to believe the accused Slobodan Praljak who said when he testified in his own defense that Prlic had no powers over the army. Prlic ‘could come and ask information from me, but couldn’t issue orders to me and I was not obliged to report to Prlic’, Praljak said. The defense claims that Prlic had nothing to do with the ‘isolation’ of the Muslim civilians in the summer of 1993 and ‘was under no obligation’ to protect the prisoners in the HVO prisons and prison camps. Karnavas finally stressed that Herceg Bosna bodies were ‘provisional’ and concluded that in mid-May 1993, Prlic was appointed acting prime minister in the BH government.

After Prlic’s defense completed its closing arguments, the lawyers of the former head of the Department of Defense Bruno Stojic took the floor. Karim Khan first denied there was any agreement between Tudjman and Milosevic to carve up BH. ‘Can anyone deny that Belgrade and Zagreb could have swallowed BH whole had there been such an agreement’, Khan asked, adding that in his view ‘the fact that Bosnia and Herzegovina exists proves there was no such agreement’.

According to the defense, Stojic and other Herceg Bosna leaders only tried to secure their rights and ‘they never crossed the line and got involved in crimes’. ‘Bruno Stojic was not a nationalist, then or today’, Senka Nozica, Stojic’s counsel, said. Nozica claimed that in the spring of 1993, Stojic ‘still believed that the HV and the BH Army should fight side by side’. Documents from February and March 1993 speak about it, Nozica contended. According to the documents, Stojic took part in the effort to ship arms, ammunition and other equipment to the BH Army.

Just like Prlic’s defense, Stojic’s lawyers said they were ‘offended’ by some parts of the closing arguments presented by prosecutor Kenneth Scott. One of their objections was that the prosecutor recalled the time when Stojic was congratulated in the courtroom for the birth of his grandson. The prosecutor used it to ask the court what if the victims were present in the courtroom during the entire trial and if they were to rise up and say ‘I may have been a grandmother today if my daughter hadn’t died in Mostar, or my son would have turned 37 today if he hadn’t died in an HVO prison camp’. Stojic’s defense was not pleased by the prosecutor’s reminder of victims. Victims cease to be victims when they demand that ‘somebody, anybody, no matter who, should be held responsible’, Stojic’s defense noted. According to Stojic’s defense, this was just the ‘prosecutor’s posturing that had nothing to do with the evidence’. 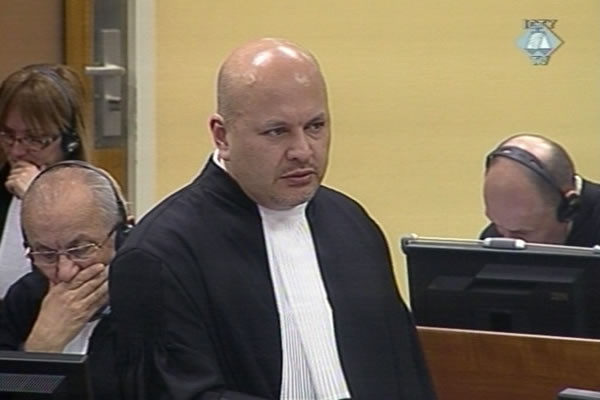 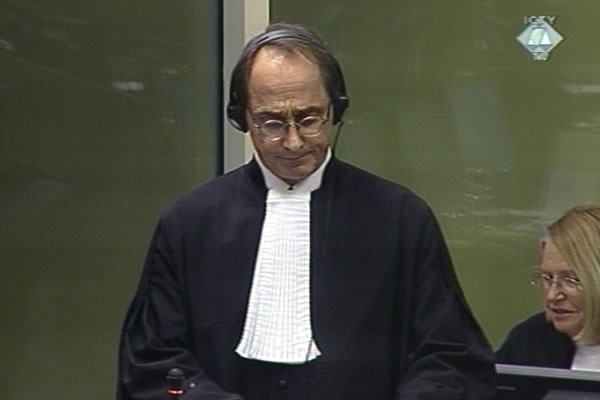