WAS POLICE INVOLVED IN ATTACK ON KOZARAC?

The defense of Stojan Zupljanin, former chief of the Banja Luka Security Services Center, contests the prosecution allegations that the police participated in the attack on Kozarac in May 1992, in the Prijedor municipality. About 800 Muslim civilians were killed in the attack 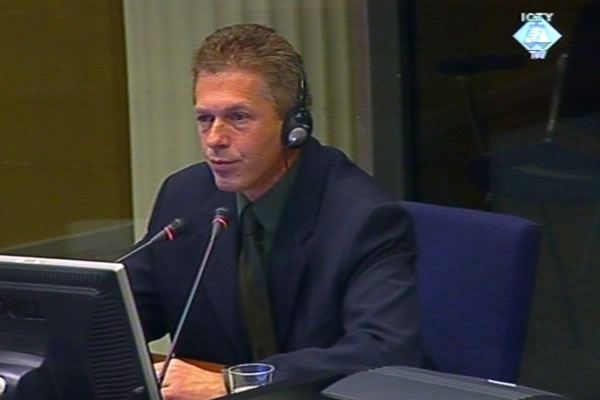 Former vice-president of the Democratic Action Party in Prijedor Mevludin Sejmenovic completed his evidence at the trial of Mico Stanisic and Stojan Zupljanin, former high-ranking officials in the Bosnian Serb police.

In the cross-examination, Stojan Zupljanin’s defense tried to contest the adjudicated fact that the army and the police operated together in Prijedor and that the police participated in the attack on Kozarac. The prosecution alleges that about 800 Muslim civilians were killed in the attack. Yesterday was the first time that the witness mentioned that Simo Drljaca, on behalf of the public security department, attended a meeting between the people from Kozarac and the civilian and military authorities, the defense counsel argued. The parties tried to negotiate a peaceful resolution of the tensions in Kozarac. Sejmenovic reminded lawyer Aleksandar Aleksic that in all his previous testimonies he always spoke about a ‘police security officer’ who was present at the meeting, without naming him.

The defense lawyer also noted that in his examination-in chief the witness mentioned for the first time that people in ‘blue uniforms’ were among those who arrested non-Serbs in the villages around Prijedor. In his previous statements, the witness said that they wore ‘military uniforms’ or that those were ‘local police in military uniforms’. ‘A uniform is a uniform for me’, the witness replied, noting that in his answers he went in as much detail as required by the person asking the questions.

Zupljanin’s defense lawyer claims that a dispatch sent by Alija Delimustafic, BH interior minister, to the local police on 29 April was the main reason why the Serbs took over power in Prijedor and fired non-Serbs from all posts. In his dispatch, Delimustafic ordered the Territorial Defense and police units to block the roads that the JNA was to use to pull out its weapons. The witness didn’t agree with this suggestion, noting that the dispatch might have been only the immediate cause, since at the time ‘several towns had already been burned down’ and heavy artillery pieces were positioned around Kozarac and other Muslim villages much earlier. The SDS was also ‘aware’ that the multi-ethnic Territorial Defense had not been called up and therefore there was no danger that such an order would be carried out.

The defense of the first Bosnian Serb police minister Mico Stanisic didn’t have any questions for this witness. The Stanisic and Zupljanin trial for crimes of the police against Croats and Muslims throughout BH in 1992 continued with the testimony of protected witness ST-258. The witness talked about the adjudicated facts concerning the events in the Kotor Varos municipality – contested by the defense – mostly in closed session.