ATMOSPHERE OF FEAR IN PRIJEDOR

Former vice-president of the Democratic Action Party in Prijedor municipality claims the Serbian Democratic Party ‘abandoned the agreement on the modalities of cooperation’ at both the local and republican level, set ‘ultimatums’ and refused to negotiate on possible compromises; this resulted in ‘an atmosphere of fear’ in Prijedor 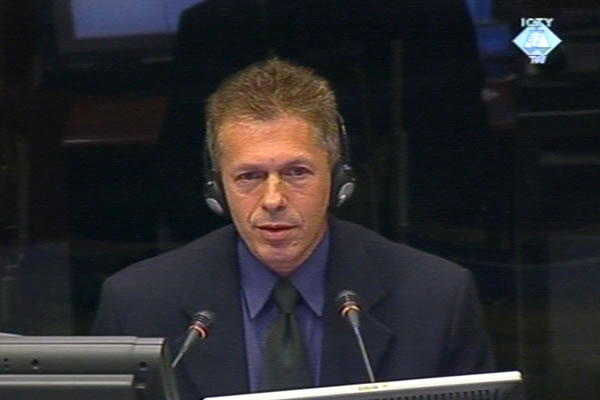 After a three-day evidence of protected witness ST-225, who testified in closed session, the trial of Mico Stanisic and Stojan Zupljanin finally went into public session. At the end of the hearing today, the prosecution brought in a new witness, Mevludin Sejmenovic, former vice-president of the Democratic Action Party (SDA) in Prijedor municipality. The two former Bosnian Serb police officials are on trial for crimes the police committed against Croats and Muslims in 1992 in 20 municipalities throughout Bosnia and Herzegovina.

This is the sixth time Sejmenovic is testifying before the Tribunal. He has already testified at the trials for crimes in the Prijedor camps of Omarska, Keraterm and Trnopolje. At the beginning of his evidence today, he described the atmosphere of fear created in Prijedor in the spring of 1992, after the Serbian Democratic Party (SDS) took over power in the municipality.

Soon after the first parliamentary elections in 1990, the SDS ‘abandoned the agreement on the modalities of cooperation’ reached by the national parties and set ‘ultimatums’, refusing to negotiate on compromises offered by the SDA, the witness said. The SDS acted in this manner both at the local level and the level of the republic, Sejmenovic claims; he sat in the BH Assembly as the representative of the municipality of Prijedor.

The Croats and Muslims learned about the establishment of the ‘Serbian Municipality of Prijedor’ in early 1992. The Croats and Muslims in the local assembly learned from the media because ‘there had been no indications’ this would come to pass. They also learned from the media about the municipality of Prijedor joining the so-called Autonomous Region of Krajina. The Serbs then took over power on 30 April.

The SDS and other parties clashed about the JNA’s call-up – the conscripts were to fight in Croatia, and the non-Serbs opposed it. The Prijedor SDS accused those who were against the call-up of disrupting the efforts to defend the town, arguing that ‘Prijedor’s line of defense is in Croatia’. At the same time, as the witness recounted, the JNA illegally armed the Serbs in the villages bordering on the Muslim areas. An ‘atmosphere of fear’ was created, and the Muslims started obtaining weapons through private channels.

On the eve of the takeover, the SDA proposed that ethnically mixed joint guards be set up in the villages in order to build trust and prevent the possibility of attacks from the outside. The Serb population welcomed the idea and joint patrols were set up, only for the SDS to order all Serbs to leave the patrols in late April. The others took it ‘as a sign of trouble brewing’.The official Serb media fueled the fear by publishing reports about the Muslims ‘getting ready to destroy the Serbs’, although, as the witness noted, the Serbs were the ones with the tanks, artillery and other heavy weapons.