‘Serbia’s cooperation with the Tribunal is not full’; ‘the policy of conditionality should be continued’ because it has yielded results, chief prosecutor Serge Brammertz told Dutch MPs. European commissioner for enlargement Stefan Füle thinks Serbia should be encouraged to progress towards integration, but he took on board Brammertz’s message that ‘Ratko Mladic and Goran Hadzic should be brought to justice’ 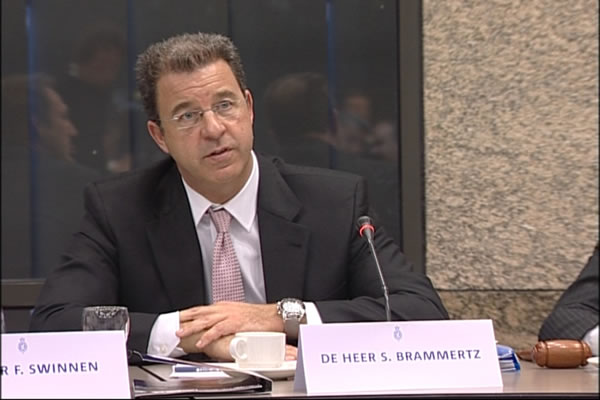 Serge Brammertz in the Dutch Parlament
‘Serbia’s cooperation with the Tribunal is not full’, said Serge Brammertz, chief prosecutor of the Tribunal, in his address to the Committee for European Affairs of the Dutch parliament. The meeting was held at the initiative of the Dutch members of parliament ahead of a meeting of the Council of Ministers of the EU in Luxembourg on 25 September 2010 when Serbia’s application for EU membership will be considered.

Brammertz told the Dutch MPs that the ‘policy of conditionality and pressure’ has yielded only positive results, stressing that the failure to arrest Mladic and Hadzic would be a ‘black stain on international justice’. The chief prosecutor added that the situation was much better regarding access to witnesses, documents and archives.

According to Brammertz, the best case scenario sees Mladic’s arrest in the upcoming three to six months; he could then be tried before the existing Tribunal. Mladic’s trial could thus be completed by 2014. After that the Tribunal will go into a sort of ‘hibernation’ and would be activated of any other fugitives are arrested.

Brammertz was evasive in his answer when an MP asked him if Serbia’s cooperation was enough to warrant its progress on the road to EU. ‘It is not up to me to make political assessments’, Brammertz said, adding that politicians could draw their conclusions based on what he had said.

After Brammertz, the European commissioner for enlargement Stefan Füle addressed the Dutch MPs. Füle noted that the time was now right to ‘encourage’ Serbia in its effort to get closer to the European Union. However, ‘a lot remains to be done and Ratko Mladic and Goran Hadzic should be brought to justice’, Fule insisted.

Commissioner Füle also said he understood ‘the specific position of Holland’ whose soldiers were not able to protect civilians in Srebrenica, which caused a sharp reaction from Hank Ormel from Christian Democratic Party. The Dutch position ‘has nothing to do with Srebrenica’ and ‘justice is a European value, not a Dutch value’, Ormel told the European commissioner, saying he is ‘disappointed to see that only Holland and nobody else in Europe is fighting for such values’.