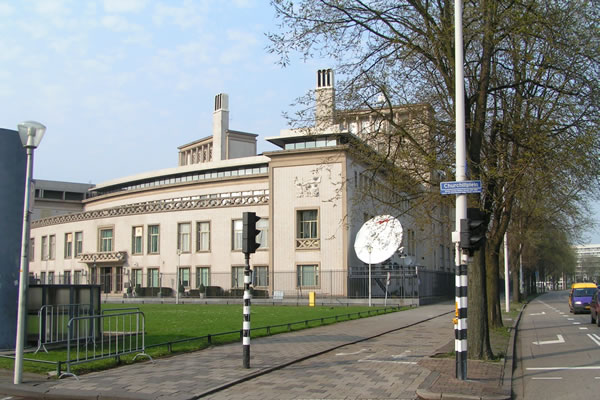 Tribunal HQ in The Hague

The International Criminal Tribunal for the former Yugoslavia has organized a two-day conference on the Tribunal’s global legacy and the impact of its jurisprudence on customary law, future of global justice and the advancement of human rights.

The conclusion after the first day of the conference was that a “comprehensive and substantive” impact of the Tribunal has been felt in many areas. All the speakers – international judges, law professors, state representatives, and people from the civil society –agree that ‘were it not for this Tribunal, justice would not be done’. The lessons learned at the Tribunal, the attendees insisted, sent a clear message: war crimes suspects will ‘sooner or later find themselves behind bars’. Determined support from the European Union and the United States of America has played a role in this effort; ‘they have put the International Tribunal above the political and economic interests in the region’, the participants said. Another conclusion was that the Tribunal has identified “specific persons, individuals, as those responsible for the war crimes’; this has made it possible to try ‘them, not nations or neighbors’.

As the participants concluded, the greatest legacy of the Tribunal is the ‘criminalization of atrocities’: this means that ‘all victims are treated the same, regardless of whether the crimes were committed in an international or internal conflict’. The participants also see the Tribunal’s contribution to the development of international justice in its ‘advancement of the treatment of sexual crimes’, recognition of terror as part of the intent to commit crimes and the extension of the definition of torture by stipulating that the crime of torture need not be committed by an individual serving as an agent of a state. The Tribunal has also expanded the reach of command responsibility to include not only senior military officers, but the political and civilian leaders too. It has also clearly stated that ‘ethnic cleansing is part of a broader concept of crimes against humanity’.

Some interesting comparisons were drawn at the conference today. According to one participant, the job of the judges and the Tribunal is akin to ‘job of a midwife helping to bring a child into this world’. A judge ‘must always seek the middle ground’ in the process of applying law.

As the participants in the debate stressed, the Tribunal’s legacy means “coming to terms with the mistakes and omissions’. One of the omissions highlighted today was the fact that the International Criminal Tribunal for the former Yugoslavia ‘has failed to build trust and help reestablish ties in the region’. The conclusion is that The Hague Tribunal ‘waited for a long time to extend its hand to the region’ and this resulted in ‘slow changes in the perception’ of the work and role of the Tribunal.

The participants also discussed the reparations to compensate the victims of war crimes in the former Yugoslavia and praised the efforts of the outgoing President Patrick Robinson to establish a fund to support the victims. As he said, ‘every victim is worth the same’, regardless of which court of law has jurisdiction to try the perpetrators.

The debate tomorrow will center on the interaction of the Anglo-Saxon and continental law at the Tribunal and the contribution of the Tribunal’s jurisprudence to the clarification of the core crimes of genocide, crimes against humanity and war crimes.