At General Momcilo Perisic’s trial, Rajko Petrovic, an officer in the Serbian Army, talked about the ‘absurd’ sources of financing of the VRS that had nothing to do with the budget. Businessmen who wanted to avoid military service were a source of funds in the form of ‘donations’ to the army, Petrovic said. Money also came from the Bosnian Croats who ‘rented heavy artillery’ from Serbs 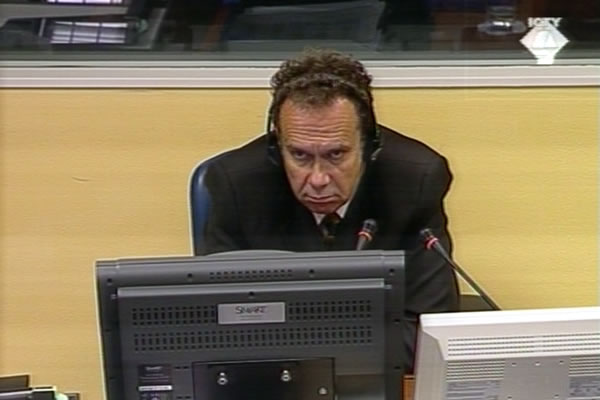 Rajko Petrovic, defence witness of Momcilo Perisic
General Momcilo Perisic’s defense called Colonel Rajko Petrovic to the stand. As Petrovic said, the VRS was funded from the budget, donations and money provided by citizens and companies ‘on a local level and from the FRY’. Donations from Serb associations abroad were also a significant source of money, Petrovic noted. As an economist, Petrovic worked in the Administration for Planning, Development and Finance in the VRS Main Staff.

General Perisic is charged, as the chief of the VJ General Staff, with providing financial, personnel, logistic and other support to the VRS; the prosecution alleges that he thus contributed to the crimes perpetrated by its troops in Sarajevo and Srebrenica.

The witness contends that the businessmen from RS who wanted to avoid compulsory military service were also a source of funds. Petrovic spoke about a businessman who showed him a certificate stating he had provided a donation for the defense. According to the witness, the certificate was signed by President Radovan Karadzic personally and the man was not compelled to serve. He had donated 300,000 German marks, Petrovic claimed. In Bijeljina, such donations amounted to millions of German marks, he added.

As Petrovic noted, there were some ‘absurd’ sources of money. The VRS, for example, ‘rented its heavy artillery’ to the HVO in the Herzegovina theatre for 30,000 German marks. Between 12 and 15 million German marks and other currency passed through the VRS treasury, Petrovic said. Most of the money came in in 1994 and 1995.

At the end of his evidence, Petrovic said he was grateful he was given an ‘opportunity to tell the truth’, hoping that the Trial Chamber would acquit ‘the consummate professional and honorable man’ that General Perisic in his opinion is.