If the Trial Chamber in the case against former Herceg Bosna leaders grants the prosecution’s motion to reopen its case because the prosecution wants to tender into evidence relevant portions of Ratko Mladic’s war diaries, the defense of the first accused Jadranko Prlic will also seek to reopen its case, since it believes the diaries contain ‘highly relevant evidence that favors the defense’ 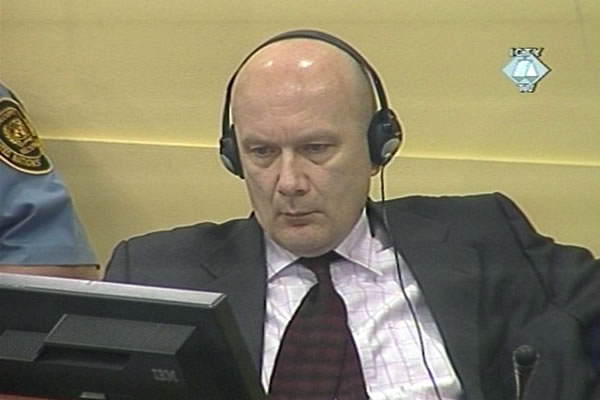 The defense notes it will present more specific views on the contents of Mladic’s diaries once they have been fully translated, and once Prlic has studied them. Prlic has so far identified ‘just a few’ excerpts from Mladic’s diaries that ‘are relevant for the defense case’; the prosecution has not sought to tender those excerpts.

The excerpts show that former UN civil affairs advisor Viktor Andreev leaked confidential information to the Serbs and thus ‘influenced the events on the ground as well as the negotiating table’. Andreev advised the Serbs on many occasions not to accept the proposed peace plans. According to the defense, this ‘brings into doubt the accuracy and reliability’ of UNPROFOR documents admitted into evidence and the credibility of some international witnesses.

The defense believes that the parts of notebooks about the contacts between Mladic and General Morillon support earlier allegations the defense made about Alija Izetbegovic. An example is Mladic’s note from 25 June 1993, where Morillon says that ‘Alija Izetbegovic calls for peace on the one hand and then asks for weapons on the other’, and that Izetbegovic "put Sarajevo under a blockade’.

According to the defense, Mladic’s notes show that the Graz agreement between Radovan Karadzic and Mate Boban of 6 May 1992 ‘never existed’. To illustrate the claim, the defense quotes Karadzic as saying, ‘with Croats, we cannot agree on anything’, immediately after his meeting with Boban.

As the defense contends, the diaries show that the Croats ‘were the only side that sought peace’ at the talks in Geneva, quoting Mate Boban who said, ‘the principles presented by Mr. Vance are in fact principles that the Croats have been proposing to the other peoples continually’. Jadranko Prlic’s order of 15 January 1993, is misinterpreted as an ‘ultimatum’ to the BH Army to withdraw from the provinces that were to be Croat under the peace plan. The defense corroborates its argument with Mladic’s entry from 3 January 1993, where he says that Owen and Nambiar themselves proposed that the troops should withdraw from the borders of the provinces.

According to the defense, the diaries show ‘in several places’ that the prosecution’s allegations about how the Croats and Serbs worked together are wrong; in fact, ‘there was cooperation between the Serb and Bosniak political and military leaderships’. To corroborate the argument, the defense points to Mladic’s description of Croats as ‘Ustashas’ and Slobodan Milosevic’s words from December 1993, when he said that a meeting should be organized ‘at all costs’ with the Muslims to discuss the division of BH.